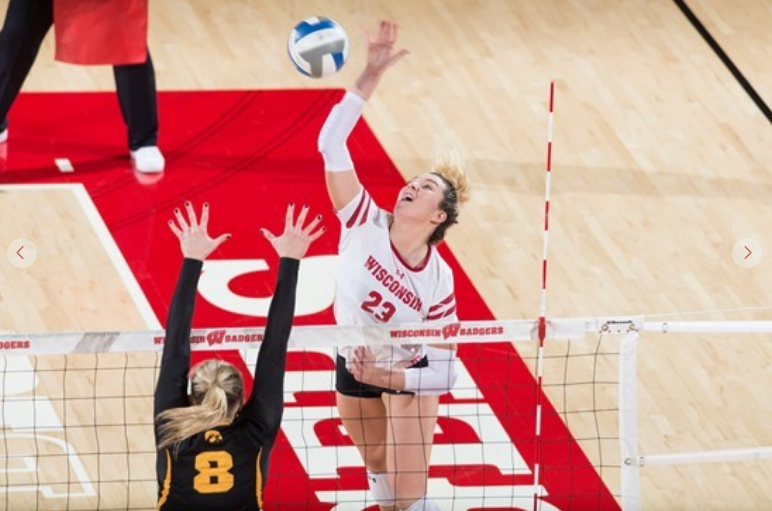 #12 Wisconsin and #3 Minnesota meet for the second time this season after the Golden Gophers won in five sets the first time; October 21 Preview Archive Photo via Wisconsin Athletics

A pair of highly ranked teams meet in a Big Ten clash as the Golden Gophers host the Badgers at the Maturi Pavillion. This is the second meeting for the two teams, as Minnesota won in five sets in Madison.

The team looking for revenge is Wisconsin, who have won three straight since a three-match skid that included the five-setter with Minnesota. The team’s leader in kills is 6’8″ freshman middle blocker Dana Rettke who will look for another strong match after totaling 19 kills while hitting .457 to go with five blocks in the first go around.

While Minnesota is rocking three straight, Minnesota has trumped that with six wins in a row. Of course, that match in Madison was part of that as All-American setter Samantha Seliger-Swenson logged 62 assists and 12 digs for the match. She led an offense that hit .405 and .409 respectively in the final two sets as the Golden Gophers overcame a 2-1 set deficit.

Nebraska has just one trip up thus far in Big Ten play as they are in a tight race at the top. They will look to continue that with a strong Illinois squad that is a solid blocking bunch and will look to quiet a balanced Nebraska attack. The Fighting Illini have quietly earned a 7-2 conference mark too. If they win this one, nothing about it will be quiet.

UCLA had won four of five until their last match when they lost in four sets at #10 Utah. Colorado on the other hand had been up-and-down but had a big up last match with a sweep of #13 USC. Regardless of the path, both teams have the same result of 5-4 in conference play right now, with the winner getting a boost in the standings.