#14 CSUN Capitalizes On #5 UCLA Injuries To Win In Five 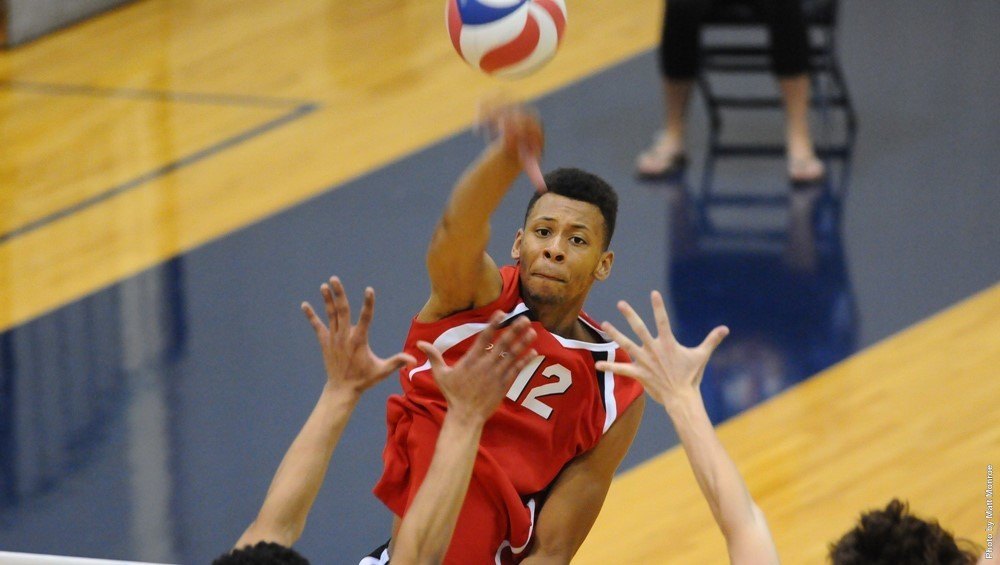 The #14 ranked CSUN takes advantage of the downward spiral that #5 UCLA is on since losing Jake Arnitz to an injury a few weeks ago, taking the Bruins down in a five set match up. Current Photo via CSUN Athletics

The #14 ranked CSUN takes advantage of the downward spiral that #5 UCLA is on since losing Jake Arnitz to an injury a few weeks ago, taking the Bruins down in a five set match up.

For CSUN, Arvis Greene put down a dominating 25 kills while Eric Chance added a match-best nine blocks. Recording a double-double in the match was setter Schylar Lillethorup who dished out 41 assists and 10 digs, while adding four aces. Picking up a match-best was CJ Suarez with 12 digs.

Micah Ma’a had a dominate match for the Bruins, leading in four of the top five categories of play. Ma’a dished out 24 assists, nine digs, eight kills, five blocks and five aces in the match, but it was not enough to bring the Bruins to a win. Dylan Missry put down 21 kills while JT Hatch added 12.

Junior Arvis Greene pounded a match-high 25 kills to lead the 14th-ranked CSUN Matadors to a five-set upset win over No. 5 UCLA Wednesday in an MPSF match at Pauley Pavilion.

Greene, who set a career-high with 26 kills against Stanford on Feb. 3, came within one kill of equaling that total against the Bruins while hitting .449 on 49 swings. The junior opposite also added a career-high seven digs to go with three blocks and one ace.

“We came ready to play tonight, mentally we were very focused,” said CSUN head coach Jeff Campbell. “I was really impressed with Arvis again tonight, he wants to win and he ports forth the effort to be successful. I thought Schylar also had a real nice match both setting and serving.”

In his first start of the season at setter, redshirt freshman Schylar Lillethorup recorded the Matadors’ first double-double of the season with 41 assists and 10 digs while also serving a season-high four aces. Sophomore Dimitar Kalchev added seven kills and three aces to up his season total to 38 while junior Josiah Byers also had seven kills on .545 hitting to go with three blocks.

Sophomore Eric Chance spearheaded a solid blocking effort by the Matadors who recorded 12.5 team blocks. Chance, who also had five kills on eight errorless swings, shattered his career-high with nine total blocks including four solo stuffs as CSUN posted its second-best blocking match of the season.

CJ Suarez aided the Matador defensive effort by scooping up a match-high 12 digs as CSUN out-dug the Bruins 44-39.

CSUN led by as many as four points in the second set and then had to hold on when the Bruins battled back to forge a 20-20 tie. But three kills from Greene, who had eight in the set, along with a pair of UCLA miscues sent the Matadors to the 25-21 win.

UCLA then won the third set by the score of 25-20 and the Matadors held off another late UCLA charge to win the fourth 25-23 setting up the decisive fifth set.

Similar to the opening set, CSUN bolted out to a 6-0 lead behind Lillethorup’s serving. A UCLA hitting error kept the Matadors up by seven at 9-2 when the hosts mounted a rally to get within 9-5. Following a CSUN timeout, kills from Greene and Byers all but clinched the win as the Matador lead did not dip below five points the rest of the way.

CSUN closes out a four-match road swing Friday as the Matadors travel to No. 12 UC Santa Barbara. First serve at Rob Gym is scheduled for 7 p.m.