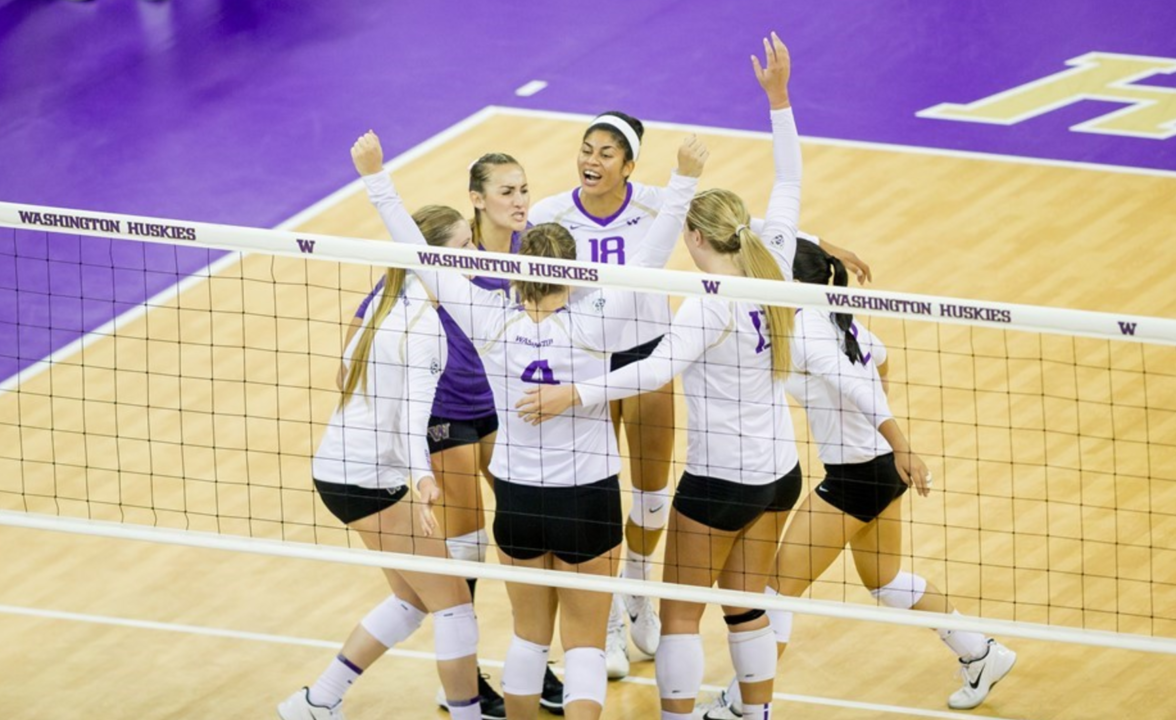 #15 Washington looks for their second ranked win over a Los Angeles school for the week as they host #17 UCLA in Seattle; Oct. 29 Preview Archive Photo via Washington Athletics

Another night, another ranked Pac-12 matchup. It’s becoming routine with the Big Ten, as in today’s match of the day #17 UCLA visits #15 Washington to help sort out the clustered middle portion of the Pac-12 standings.

Washington comes into this match on a high-note after taking down #13 USC in five sets on Friday night. Now they get an opportunity for another ranked victory and a sweep of the Bruins. That first go-around was a four-set win in Los Angeles as Bailey Tanner, who is now back from injury, posted 41 assists, seven digs, six kills (.667) and four blocks. They’ll look to her for another big match as they look for a perfect pair of matches in a week where chaos has occurred.

While the Huskies come in riding high, UCLA is looking to rebound after faltering at the hands of Washington State in Pullman. They now have lost three of their last five matches, but could gain plenty of momentum with a road win over Washington. Sarah Sponcil logged 40 assists and 17 digs in the previous match vs. Washington and will look for another strong performance with more help around her as UCLA has an opportunity to knock off a team ahead of them in the conference standings.

The ACC continues to be a wide-open race for who takes control, as three teams have two losses at the top of the standings. Notre Dame sits a bit further back and would likely need to win out to have a chance at a conference title, while Pittsburgh is one of those three teams looking to keep pace after a loss earlier this week.

Washington State upset UCLA on Friday night in five sets and could add to a much-needed and big week with another ranked win as they host USC. The Trojans aren’t coming off a win like their counterpart, as they battled hard and were slightly edged out on the road by Washington but now have a chance to bounce back.