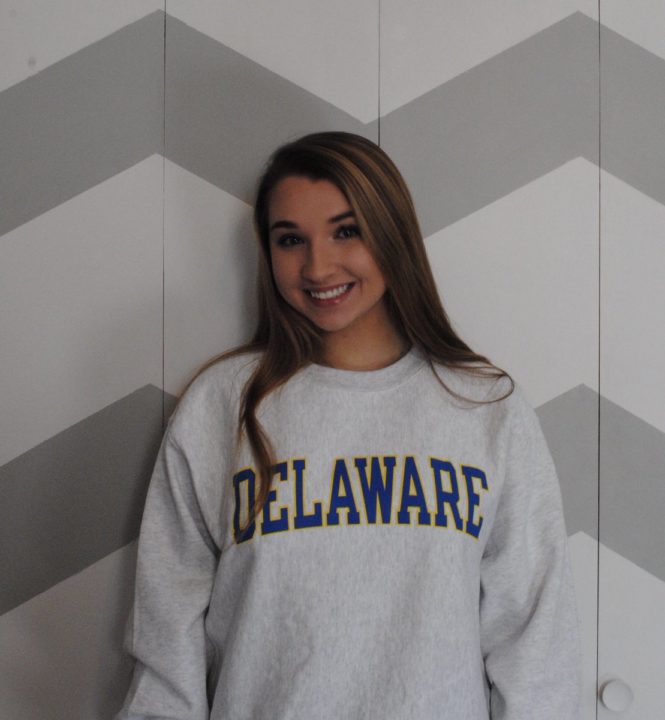 Class of 2018 DS/L Samantha Davis will stay in state and join the Delaware Volleyball program for the fall season ahead. Archive Photo via Jamie Davis (@Jc2Davis)

Defensive specialist/libero Samantha Davis will be heading to Delaware for her collegiate career after committing to the school as part of the class of 2018. The Delaware native will join her home-state team to compete in the fall of 2018 season.

Standing at 5’6″, Davis is a senior at Ursuline Academy in Wilmington, Delaware. She started with the varsity team as early as her freshman season and continued her success to her senior year when the team went 15-2 and won the state championship.

The Blue Hens are coming off of a 5-21 season in 2017 in which they went 3-13 in Colonial Athletic Association play. They currently own four defensive specialists/liberos on their 2018 roster, with Davis making the number five.

So proud of Samantha! She will be continuing her education at the @UDelaware and will be playing the sport she loves @DelawareVB #BlueHenFamily #delhs pic.twitter.com/slMcojuaE2