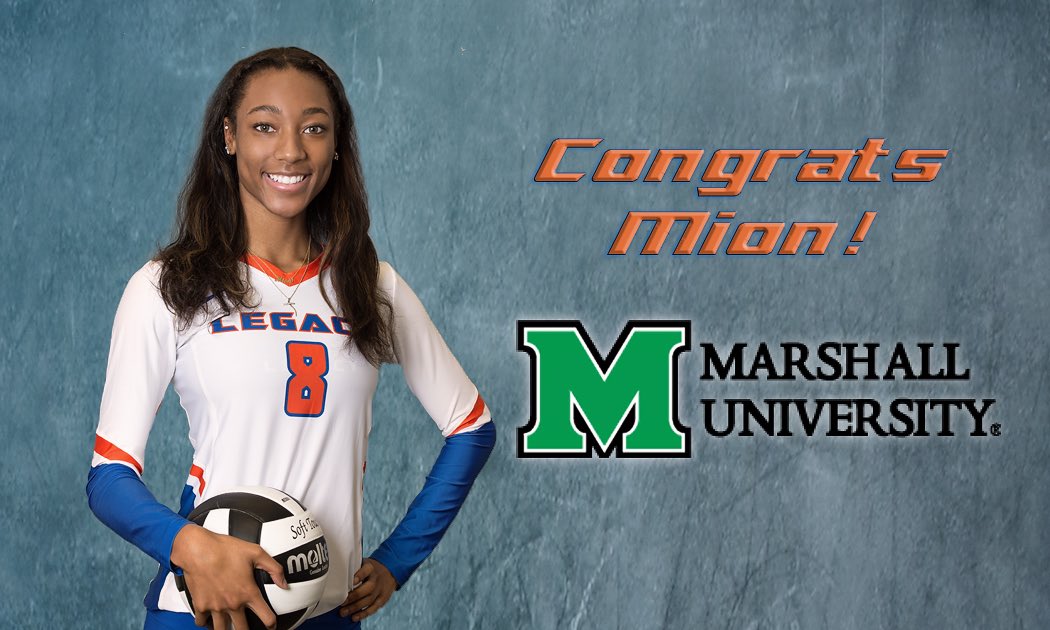 Class of 2018 MB/RS Mion Weldon has committed to Marshall to continue her volleyball career. Archive Photo via Legacy Volleyball (@LegacyLvc)

Class of 2018 recruit Mion Weldon has committed to the Marshall University women’s volleyball program. Standing at 5’10”, Weldon can play both middle blocker and right side.

A native of Michigan, Weldon is a senior at Walled Lake Central High School. As part of a team that went 18-12, Weldon notched just under three kills per set on a .400 mark to go with 0.7 blocks per set according to her MaxPreps profile.

On the club side of things, Weldon plays with Legacy Volleyball – specifically the Legacy 18 National Team. She owns a 7’10” standing reach, a 9’8″ block jump and a 10’2″ approach jump.

Marshall is coming off of an 11-19 season in 2017 in which they went 6-8 playing in the Conference USA. In terms of returners to their 2018 roster, the Herd bring back two middle blockers and zero opposites to join Weldon at the position groups.

Congrats to Mion Weldon @boom_________ for committing to play volleyball and attend Marshall University in the fall of 2018! Way to go Mion, we are so proud of you!! pic.twitter.com/Fxcqf5yCou

I am blessed to announce that I will be continuing my academic and athletic career playing D1 volleyball for Marshall University? #TheHerd #TrustTheProcess pic.twitter.com/PZu2bJS4GH