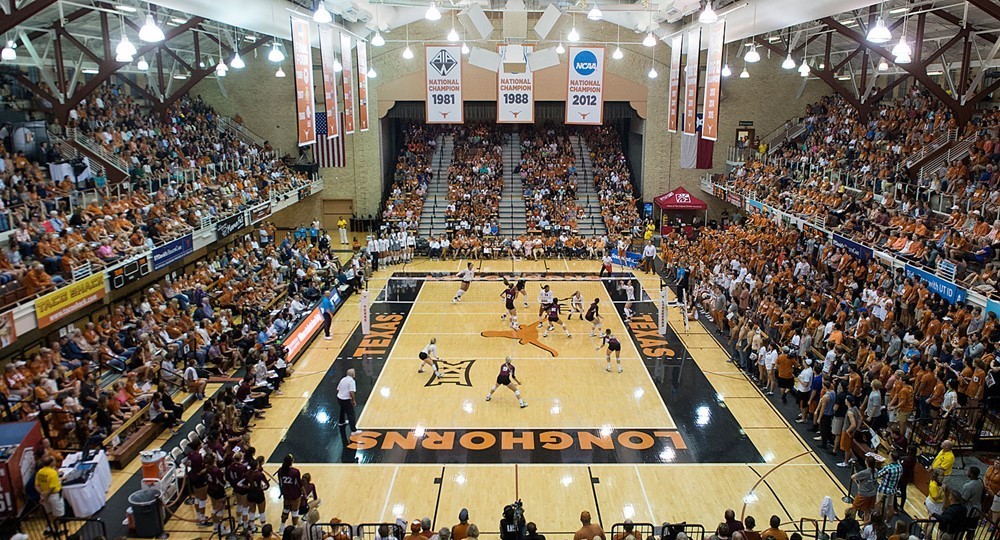 Asjia O'Neal, a 2018 commit to Texas, will sit out her final high school season before she heads to Austin. Archive Photo via Texas Athletics

Asjia O’Neal, a class of 2018 commit to the University of Texas, will be sitting out her final season of high school before she heads to Austin in a year. She was the District 5-6A MVP as a junior at Southlake Caroll High School last season en route to PrepVolleyball All-American honors.

“She just decided she’s not playing high school volleyball,” Southlake Carroll head coach Ryan Mitchell told SportsDay (a branch of the Dallas Morning News). “She’s going to do some great things at Texas. We wish her the best of luck.”

A 6’3″ all-state middle blocker, O’Neal totaled 509 kills and 121 blocks on a Southlake Carroll team that made it to the Class 6A Region I final before falling to eventual state-champion Hebron. She also won the USA Volleyball Girls Junior National Championship this summer with her club team, Texas Advantage Volleyball 17 Black.

O’Neal’s father, Jermaine, played in the NBA for 19 seasons. He was an all-star multiple times, and obviously passed along some strong genetics with height and athleticism. That won’t be featured on Southlake Carroll for the 2017-2018 year, as the number six team in the Texas Girls Coaches Association presesason Class 6A state rankings loses O’Neal.

It will be interesting to see if other highly-touted prep athletes in volleyball and other sports take O’Neal’s story and repeat the process. It could change a lot in the recruiting game as a whole and create a brand new avenue for sought after recruits who have already committed to avoid injury in high school.