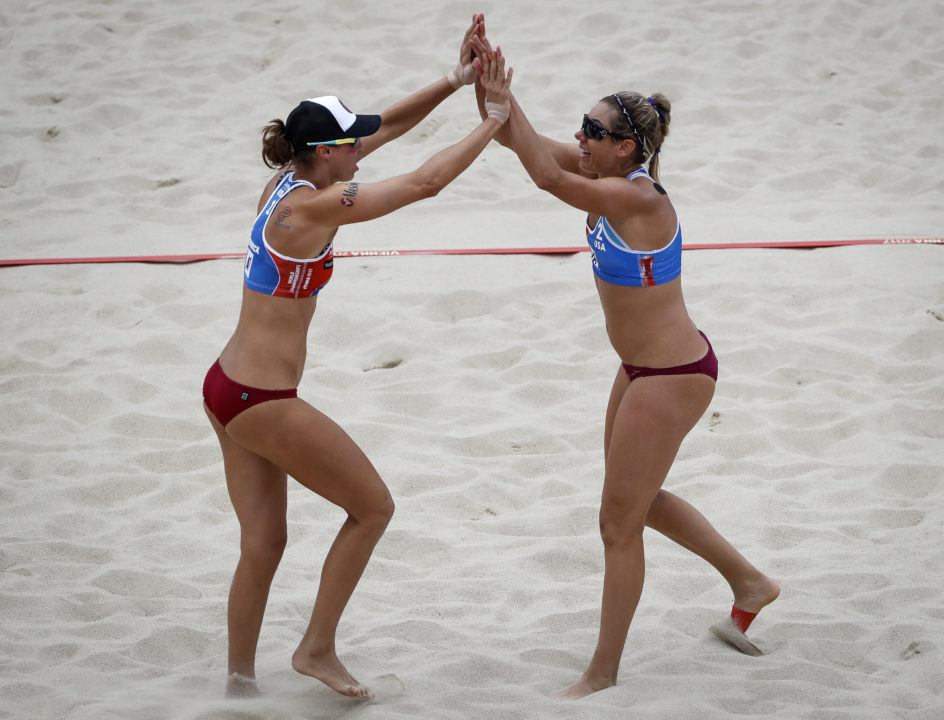 The Round of 32 has been established following the conclusion of pool play and the Lucky Loser round of the 2017 Vienna Beach World Championships. Current Photo via FIVB

The Round of 32 has been established following the conclusion of pool play and the Lucky Loser round of the 2017 Vienna Beach World Championships. From this point forward, the lowest a team can place is 17th and take home $7,000 to split as a team, though the ultimate goal is to advance on in the tournament to win the top prize of $60,000 to split as the champion.

The #1 seeded Larissa Franca and Talita Antunes will take on Argentina’s Ana Gallay and Maria Zonta in the Round of 32. Franca/Antunes are 3-0 so far in the competition, winning Pool A. Gallay/Zonta just escaped the Lucky Losers match and will look to pull off an upset with some momentum flowing their way.

2016 Olympic champions, Laura Ludwig and Kira Walkenhorst of Germany will take on China’s Yuan Yue and Fan Wang. Yue/Wang are coming off a tough Lucky Loser win against Germany’s Isabel Schneider/Victoria Bieneck in three sets. Ludwig/Walkenhorst have had a breeze flying through their opponents, remaining unbeaten so far.

In what will be a highly anticipated match, two American crews will face off in the Round of 32. April Ross and Lauren Fendrick will square off against Emily Day and Nicole Branagh. With a Kerri Walsh Jennings injury that kept her out of the World Championships, Branagh had to turn to Day to fill in. Had Walsh Jennings not been injured this could have been the first face off between her and former partner Ross since they split back in April. Ross/Fendrick topped their pool with a 3-0 record, while Branagh/Day went 2-1, losing only to Franca/Antunes on day two.

Below you can see the Round of 32 schedule with the winners of the matches advancing to the Round of 16 on August 3.