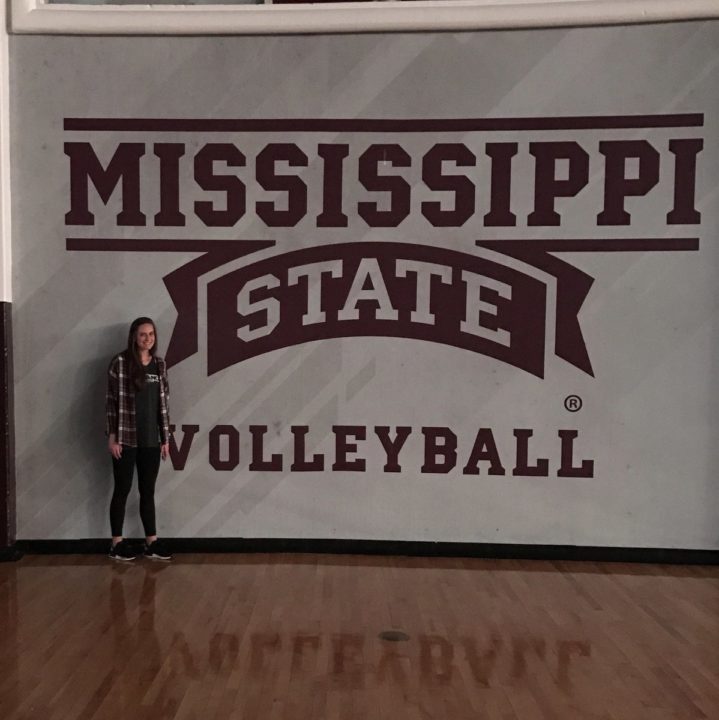 Class of 2019 recruit Makenzie Jordan has committed to the Mississippi State University women’s volleyball program. A 5’10” outside hitter, Jordan’s true freshman season will come in the fall of 2019. She also considered UAB, Alabama-Huntsville, Memphis and UT Martin before honing in on becoming a Bulldog.

A senior-to-be come the fall at Siegel High School in Murfreesboro, Tennessee, Jordan recently completed her junior year in 2017. According to her MaxPreps profile, Jordan logged 472 kills (3.9 per set) on a .252 clip, 430 digs (3.5 per set), 53 aces (0.4 per set) and 23 blocks (0.2 per set) en route to first-team all-area honors for a team that made the state tournament. The strong campaign came just one year removed from a knee injury that kept her out of half of 2016 as well.

Jordan also joins another class of 2019 commit registered in the VolleyMob Recruiting Database, as setter/right side Maira Marsh also plans to become a Bulldog. Of course, Mississippi State underwent a coaching change this offseason with Julie Darty now in command after coming over from Jacksonville.

“I love the coaching staff,” Jordan said in an interview with the Daily News Journal. “It’s just ridiculous how amazing they are. They just totally clicked with me as soon as I went on a visit. The school is absolutely beautiful. I’m excited to play volleyball there.”

Mississippi State is coming off of a 10-23 season in which they went 1-17 in the Southeastern Conference (SEC).

Very excited to say that I have committed to play volleyball at Mississippi State University! Thank you to everyone that has helped me get here!! #HailState #godawgs @HailStateVB pic.twitter.com/WnyreNCjnO