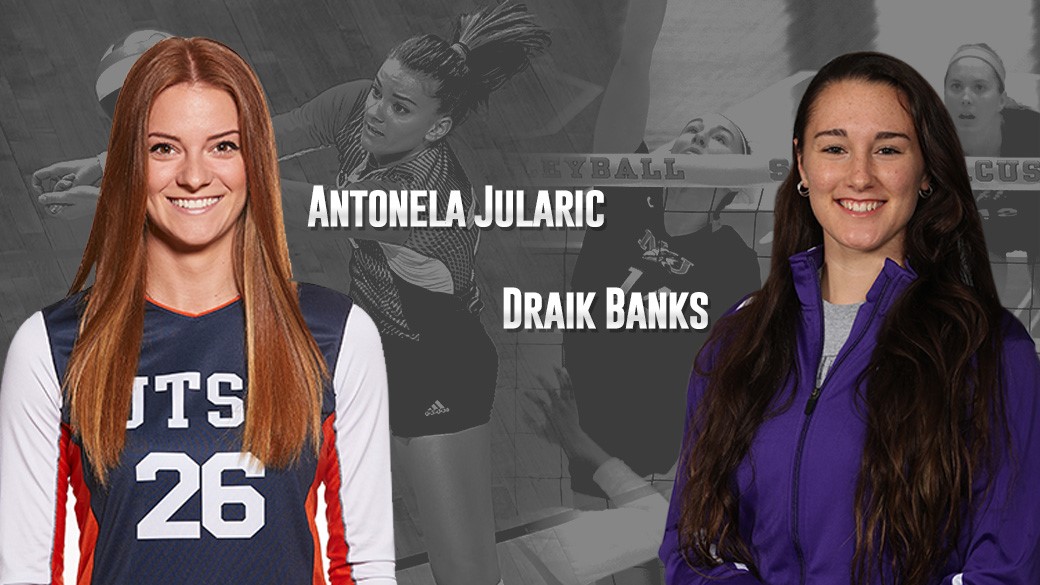 University of Texas Rio Grande Valley (UTRGV) is bolstering its roster with a pair of transfer additions in former Niagara middle blocker Draik Banks and ex-UTSA outside hitter Antonela Jularic. Both will be immediately eligible for the team in the fall of 2018 season.

A 6’1″ middle, Banks will be a junior for the upcoming season with two years left of play. She comes into the UTRGV program on the outskirts of a sophomore campaign that saw her lead Niagara in hitting percentage (.301) and blocks per set (0.99) to pair with 1.71 kills per set. She also tacked on per set numbers of 0.72 kills (.248) and 0.55 blocks as a true freshman in 2016. That came after she prepped at McAllen Memorial High School in McAllen, Texas.

“Draik is extremely competitive and will add great depth in the middle for us,” UTRGV head coach Todd Lowery said in the team’s release of the additions. “She is extremely focused and her dedication and discipline have paid off. She has matured so much as a volleyball player over the last couple of years. We are really excited to see her back in the Valley and look forward to her contributing in the fall.”

Also standing at 6’1″ is Jularic, who occupies the pin and will be in her final season of action as a graduate student. She comes to the team from another school in Texas in UTSA, where she recently posted per set marks of 0.87 kills, 0.68 digs and 0.31 blocks to go with 21 aces in 2017. A season prior though was her tops individually, as she notched 2.34 kills per set, 1.96 digs per set, 0.34 blocks per set and 27 aces in 2016. Her numbers as a freshman in 2015 where sandwiched in between the two years after she came in from her home country of Croatia. A native of Zagreb, Jularic has competed with the Croatian Youth and Senior National Teams.

“Antonela is a complete player capable of being a very good six-rotation outside,” Lowery added in the release. “We have watched her over the past three years and think, with her experience and athleticism, she will give us the option of either a 5-1 or 6-2 offense as she gives us another attacker on the pin.”

UTRGV is coming off of a 17-12 season in 2017 in which they went 10-4 as a member of the Western Athletic Conference before making an appearance in the WAC Championship match.