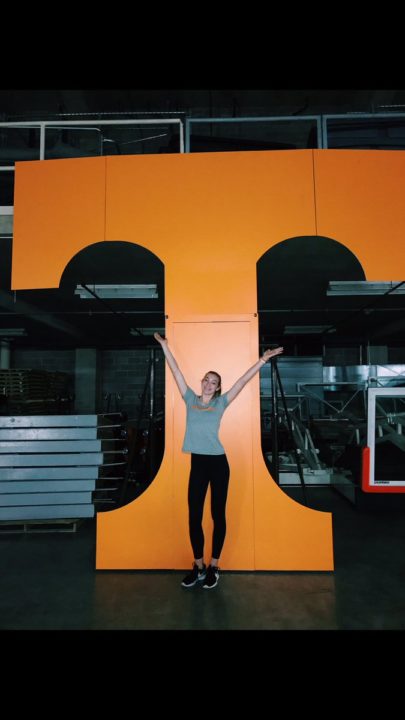 Recruit Allie Holland has committed to Tennessee as part of the class of 2020. A current sophomore in high school, Holland attends Hilliard Bradley in Ohio in addition to her club ventures with Elite Volleyball.

so blessed and proud to announce my verbal commitment to play D1 college volleyball at University of Tennessee!!! #futurevols #2020 pic.twitter.com/NDqO78wW4o

Hilliard Bradley is off to a 7-5 start in 2017 as they’re approaching their win total from last season when they went 9-12. A big part of that is Holland, who is now a sophomore with the varsity squad.

On the club side, Hilliard plays with Elite Volleyball and most recently was with the Elite 15 Black club. She will likely move up to a higher age group this year.

At the moment, Tennessee has five middle blockers and one right side on their roster. Of that six player group, two are seniors, one is a junior and another is a sophomore, meaning that four of the six are on pace to graduate by the time Holland arrives to compete for early playing time with the Volunteers.

Holland’s recruiting page with videos of her play can be seen here.