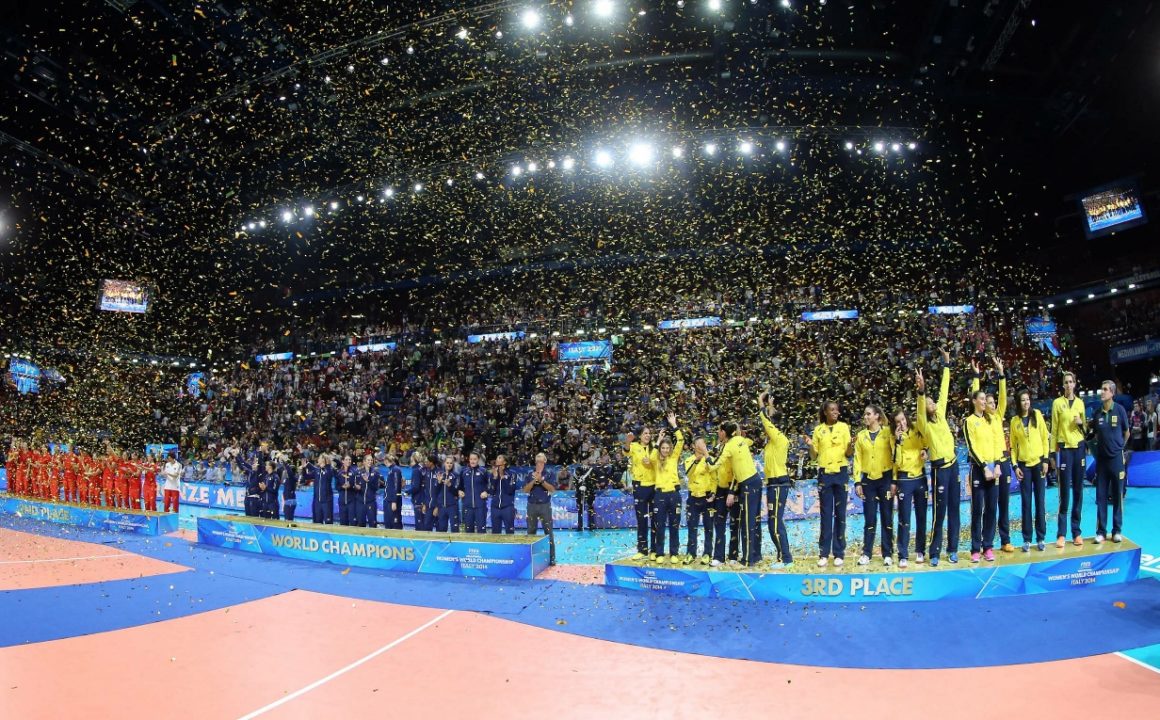 The qualification stages for the 2018 FIVB Volleyball Women's World Championships that are set to take place in Japan from September 29 to October 20, 2018, have concluded with the 24 teams set to compete determined. Current Photo via FIVB

The qualification stages for the 2018 FIVB Volleyball Women’s World Championships that are set to take place in Japan from September 29 to October 20, 2018, have concluded with the 24 teams set to compete determined.

The qualification process for the event began earlier this year in May with the CEV and concluded with the NORCECA and CSV qualification tournaments.

This year, Russia will be the record participants at the 2018 version with their 17th overall appearance in the 18 editions of the event. The only year they missed out of the event was in 1967. There are also a number of participants that will be making their 16th appearance in the competition – Brazil, Japan and Team USA. With the 24 team in the competition, there is only one team that will be making their debut into the World Championships this year – Trinidad and Tobago.

With all the repeat participants, there are a number of top squads that did not earn their way into the competition. Poland who has taken a silver medal in 1952 and two bronze medals in 1956 and 1962 missed out on the competition this year. The Poles lost to the Czech Republic who also missed out on the 2018 tournament. Romanian, North Korea and Peru also did not claim their places at the World Championships.

The United States will look to defend their 2014 title with a fairly young and emerging squad while Russia will look to add onto their already seven gold medals.