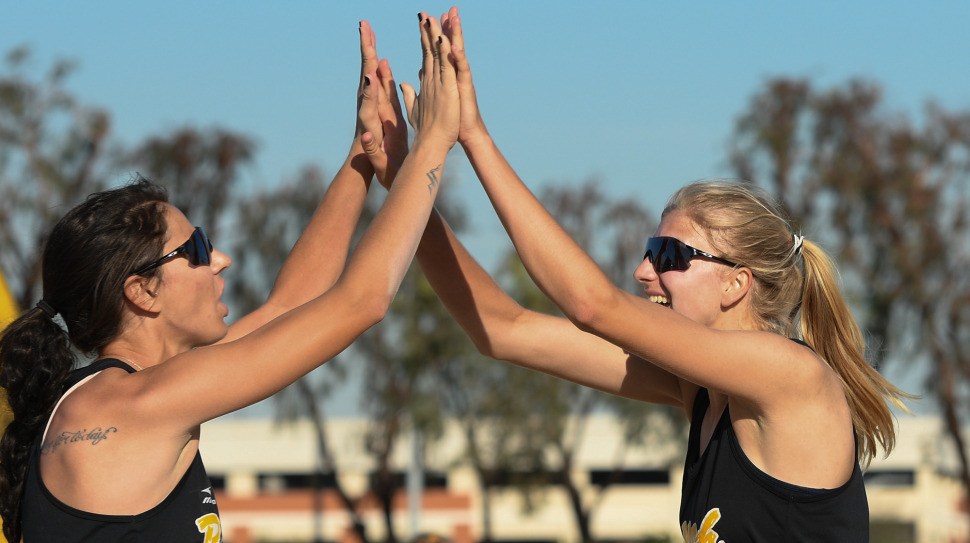 The #6 Long Beach State beach team remains undefeated with a pair of wins on Tuesday, sweeping Cal State LA and defeating #9 Stetson 3-2. The win over Stetson is the teams first victory over a ranked opponent in the 2017 season.

The Beach ran to a quick victory over Cal State LA, continuing their winning streak and no sets dropped on the season run.

Against Stetson, the number one pair of Nele Barber and Rachel Nieto dominated Maggie Skjelbred and Sunniva Helland in the first set 21-9, while the second proved to be more difficult at 21-19. The #2 and #4 pairs also followed with wins; however, the #3 pair dropped a three setter and the #5 squad lost a straight set decision.