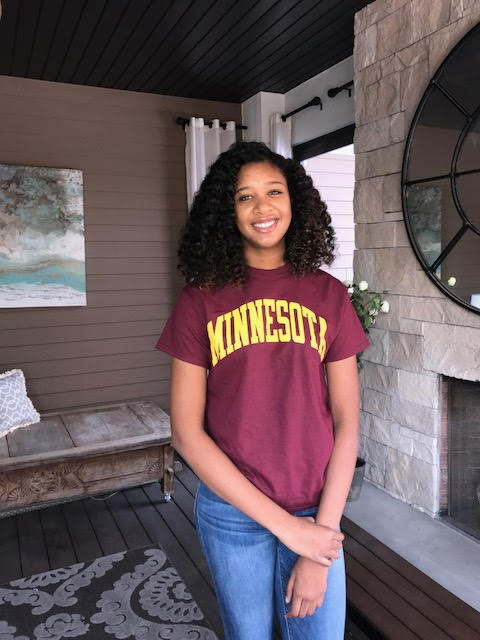 From daughter of a 10-year NBA veteran to a 6'7" prep phenom, Carter Booth has committed to Minnesota for 2022. Archive Photo via Keisha Booth

Standing as a 6’7″ eighth grader with a father who played in the NBA for 10 years, it’d be a simple thought that Carter Booth would be destined for stardom in basketball. Her father, Calvin Booth (former Minnesota Timberwolves executive and current Assistant GM of the Denver Nuggets), couldn’t convince that path upon her though, as she changed out the basketball court for one with shorter lines. Now, the decision has paid off as Carter Booth has verbally committed to the Minnesota women’s volleyball program as part of the class of 2022.

“[Calvin] couldn’t get his daughter to pick up a basketball,” Carter’s mother Keisha Booth told VolleyMob. “She’d sit in the middle of the court and cry.”

That crying steered her to a different sport, volleyball. As a 6’7″ middle blocker and still time to grow, she’s become a dominant force. She won’t be in high school until the fall, but that didn’t stop the Booth from participating in varsity athletics the past two years.

In a prelude to her four-year high school career, Booth got started on varsity in seventh grade at Breck High School. She added to it this year at Benilde-St. Margaret’s High School in St. Louis Park, Minnesota, where she helped the team to a 26-4 record. At both stops she was under the tutelage of former Golden Gophers in Megan Bohl (seventh grade) and Ashley Whittman (eighth grade) – along with Phong Luong.

Although she now cannot take an official visit for at least two more years, that shouldn’t be worrisome, as she chose the school “because it felt like home.”

Minnesota is coming off of a 28-6 season in which they made the Sweet 16 following two straight Final Four berths. Booth joins another 2022 commit in outside hitter McKenna Wucherer, giving the Golden Gophers a strong foundation for the years ahead.