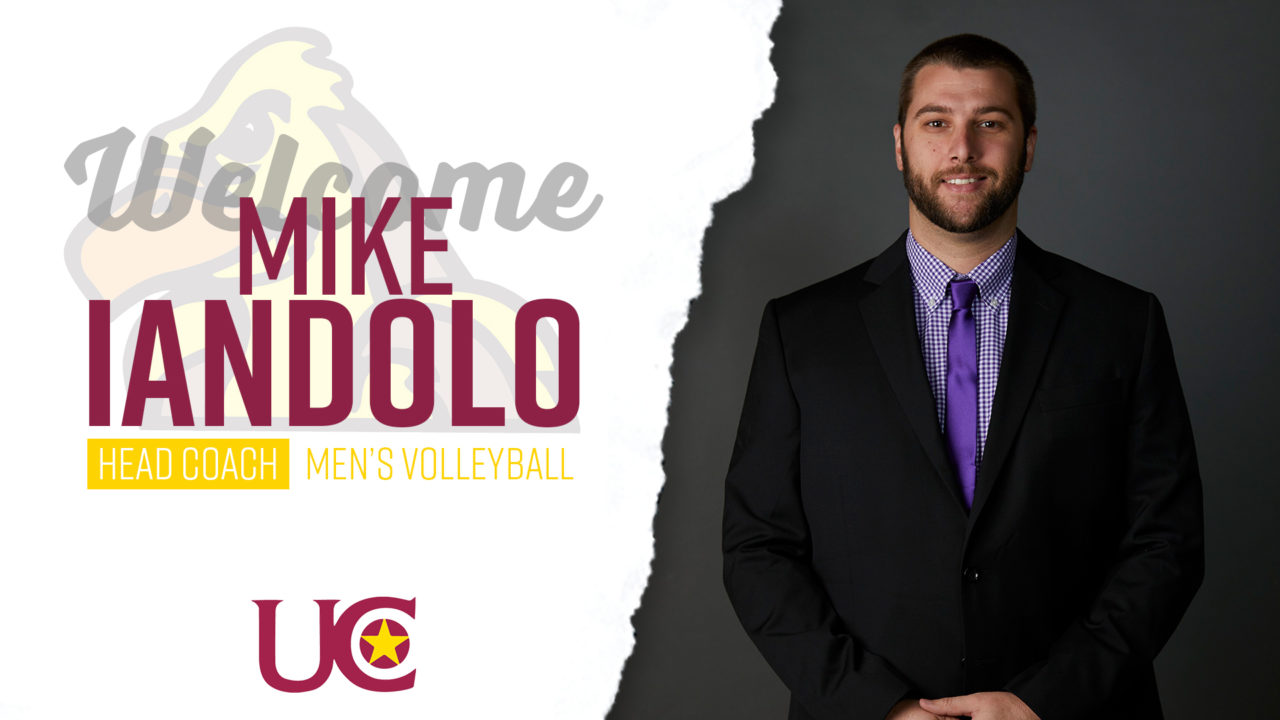 “I am extremely excited to welcome Mike Iandolo to our athletics staff,” Dr. Stevens said. “Coach Iandolo has played men’s volleyball at the professional ranks and competed for Lewis University, which is one of the nation’s premier programs. From my perspective, Mike is a talented coach and the right person to lead our program forward.”

Prior to joining the Golden Eagle staff, Iandolo served as an assistant men’s volleyball coach for the 2018 season at Grand Canyon University in Phoenix, Ariz.  He helped lead the Antelopes to an 18-11 overall record including a pair of upset wins over NCAA Division I top-15 ranked teams.  Three of his players from the 2018 season earned All Mountain Pacific Sports Federation (MPSF) honors for their play on the Lopes squad.

“I had the good fortune to visit with Coach Iandolo at Grand Canyon University,” UC President Dr. Ed Welch said. “I saw then his positive interactions with players and staff and heard his enthusiasm for becoming the head coach at UC. He will be a wonderful leader for our men’s volleyball program.”

“I am extremely excited to be given this opportunity at the University of Charleston,” Iandolo said. “I want to thank Dr. Welch for his commitment to this University and for taking the time to get to know me. I would also like to thank Dr. Stevens for her belief in me and in this program. UC men’s volleyball is on the rise because of the hard work and dedication of everyone that has been involved. I am grateful to have a chance to help continue the path to excellence. My family and I are looking forward to joining the Charleston community and the Golden Eagle family!”

Before arriving in Phoenix, Iandolo had been the head coach of the Club Fusion, 18 White team in Marengo, Illinois since 2016. During his time at the helm he led the team to one tournament championship and multiple top-5 finishes in addition to serving as the lead trainer for setting.

Iandolo’s first coaching experience in collegiate men’s volleyball was on staff at his alma mater, Lewis University, as a graduate assistant from 2012-2013. At Lewis he was responsible for breaking down and coding Data Volley, training setters, recruiting and various other tasks.

Iandolo started coaching girls’ volleyball at OVA where he worked for numerous teams such as the Orlando Gold where he led the AAU Boys 17-Under team to National Championships in 2009 and 2012. While at OVA he also served as an assistant coach at his high school Alma matter, Bishop Moore Catholic in Florida. There he helped lead the program to the Boys State Championship in 2012 and the Girls 4A State Champion Runner-Up in 2011.

After graduating, he played on the Florida Wave where he won the Men’s Open National Championship and the PVL National Championship in 2013 as well as being named MVP for both. Iandolo would then travel abroad to play in Sweden for Falkenbergs Volleybollklubb, earning a silver medal in the Swedish Elite Series and being named Best Setter. He also received the same accolades when he played for Nea Salmina during the 2015-2016 campaign.

Iandolo inherits a Golden Eagle team that made huge strides this past season, winning a program-best 16 matches in its brief four-year history.  Charleston finished 5th in the EIVA with a 5-9 conference record, picking up their first EIVA wins since joining the league in 2016.  UC had been a combined 0-28 in its first two seasons in the EIVA before breaking through in the 2018 season.