#7 Hawaii Rolls Through Princeton With Ease At Outrigger Invite 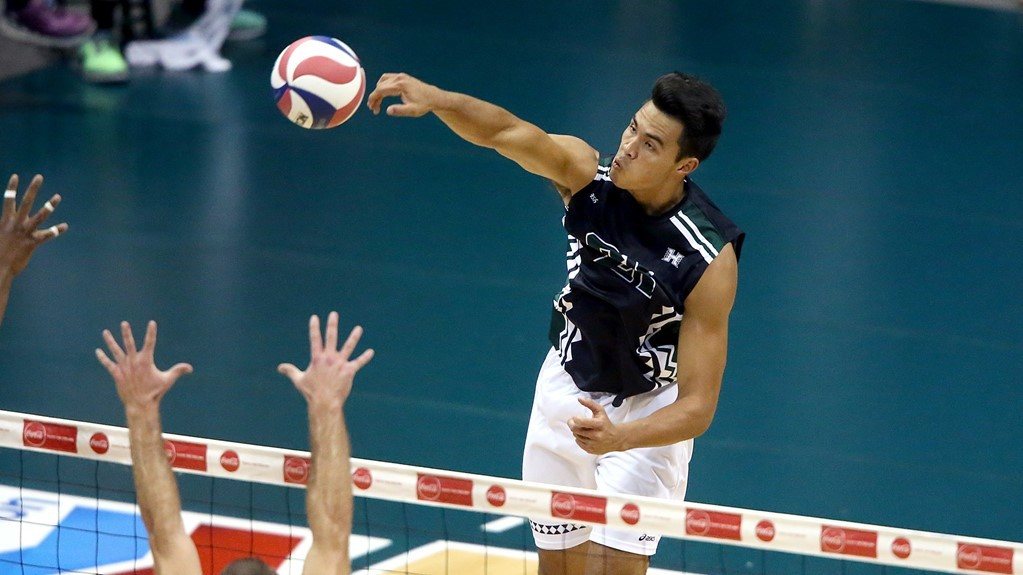 In Hawaii’s dominating three set sweep, the Rainbow Wahine held Princeton to a total of eight digs and 19 kills.

Hawaii had a good offensive night, fitting an impressive .500 in the win. Stijn van Tilburg and Kupono Fey led the Rainbow with nine kills a piece. Fey Also led the team with seven digs in the win.

Princeton struggled with offense and defense in the match, being held to a -.072 hitting percentage. Parker Dixon led the team with nine kills.

The University of Hawai’i men’s volleyball team rolled past Princeton in straight sets Friday on Day 2 of the 23rdOutrigger Resorts Invitational at the Stan Sheriff Center. Set scores were 25-15, 25-12, 25-11.

The Rainbow Warriors (2-0) will seek their second straight and eight overall Outrigger title against Ball State (2-0) on Saturday.

UH played near flawlessly, hitting .500 and accumulated 11.5 team blocks to extend its Outrigger Invite win streak to five matches. The Warriors also limited the Tigers to -.072 hitting and 0 team blocks.

The Warriors showed off their offensive firepower in Set 1, hitting .650 as van Tilburg was a perfect 6-for-6 while freshman Austin Matautia added four kills. UH raced out to a 10-4 lead before the Tigers inched back to within two at 15-13. From there it was all Hawai’i, as the Warriors scored 10 of the final 12 points including three straight kills by Matautia to close it out.

The tournament concludes Saturday with Princeton and Erskine in the opening match at 4:00 p.m., followed by UH and Ball State for the championship at 7:00 p.m.