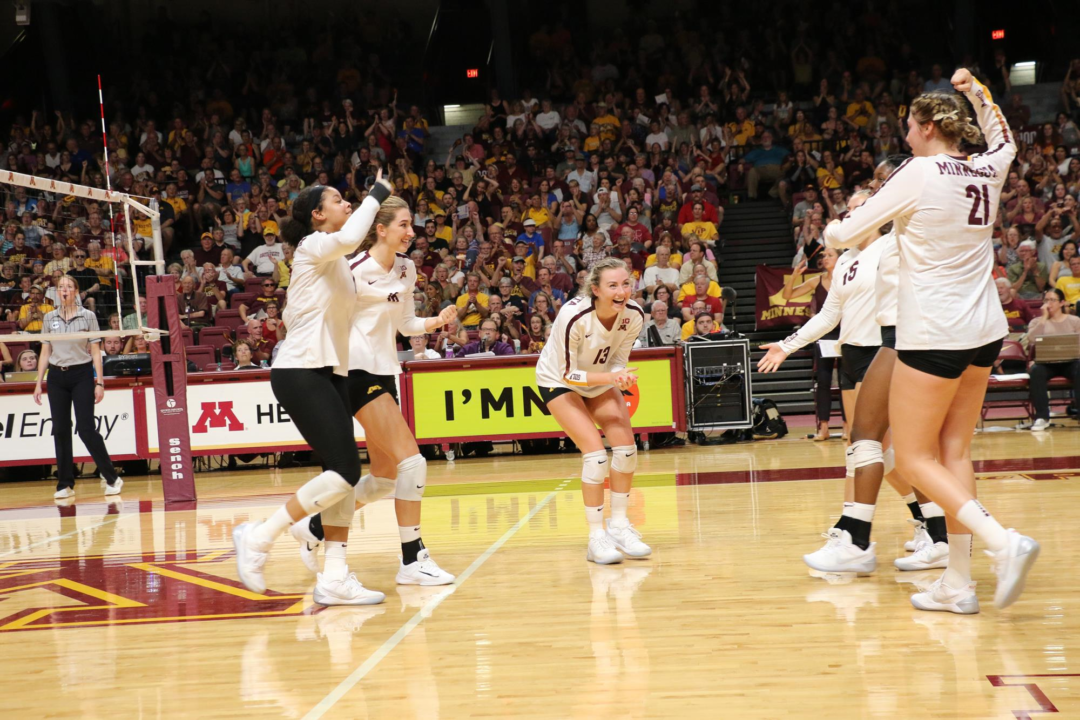 The Golden Gophers dominated their opponent in hitting percentage (.248 to .119) to register the victory and remain undefeated, 4-0, on their home floor.

Minnesota never trailed in the opening set and jumped ahead with a 25-18 win. A 6-1 stretch provided the Golden Gophers with the cushion they needed to silence the Phoenix.

Green Bay held its own in the second set until the Golden Gophers used a 7-1 scoring drive to seize the momentum. Minnesota went on to secure the win by a sizable margin, 25-15.

The Phoenix started the third set strong, establishing a 6-1 lead early. Minnesota recovered with 7-straight scores and the teams battled through 7 ties from there. The Golden Gophers went on to edge the Green Bay, 25-22, scoring the final 3 points for the sweep.