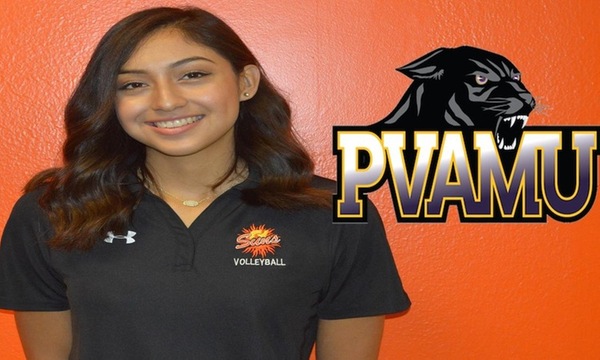 Prairie View A&M has landed a junior college addition in 5’8″ outside hitter Brenda Duran out of Cedar Valley College. A junior-to-be in the fall season, Duran will have two years left of play and is immediately eligible for 2018.

Duran spent the last two seasons at Cedar Valley College where she was in the top three for all major statistical categories for the Lady Suns. That led to her being All-Metro Athletic Conference/Region V team twice in her stint with the program.

A native of Del Rio, Texas, Duran attended Del Rio High School and was twice named MVP. She was also All-District First Team at one point in her prep career with another year on the Honorable Mention listing.

Prairie View A&M is coming off of an 8-19 season in 2017 in which they went 7-11 as a member of the Southwestern Athletic Conference (SWAC). Duran joins two other outside hitters on the 2018 roster as they look for an even stronger campaign in 2018.