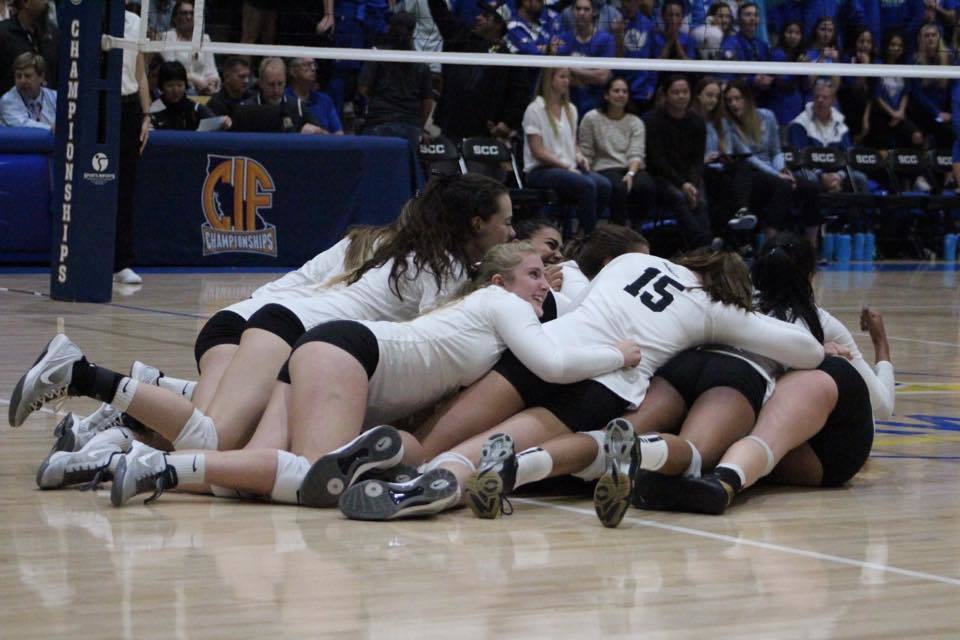 The California high school state volleyball championships are over, with six schools across the state claiming titles. Four out of... Current Photo via Archbishop Mitty

The California high school state volleyball championships are over, with six schools across the state claiming titles. Four out of the six champions were located in the Northern Region. The state tournament took place at Santiago Canyon College.

Santa Margarita was led by Meghan McClure with 15 kills.

For Menlo-Atherton Jacqueline DiSanto put down 13 kills in the loss.

Setter Kylie Adams dished out 33 assists on the night, with Megan Faraimo putting down 13 kills and Lindsey Miller 11 for Cathedral Catholic.

Valley Christian was led by Bekah Roth and Melanie Williams who each hammered down 12 kills in the loss.

For Acalanes, Parker Jones recorded a double-double with 18 kills and 25 digs. Acalanes also put down 16 service aces in the match.

Olympia Nagel-Caland put down 14 kills for Santa Monica in the loss.

Leading Menlo School was Ashley Dreyer and Selena XU with 10 kills each.

Point Loma was led by Sierra Caffo and Charlie Ekstrom who each threw down seven kills.

For Immanuel, Danielle Jeffries and Lindsey Unruh each contributed 10 kills in the loss.