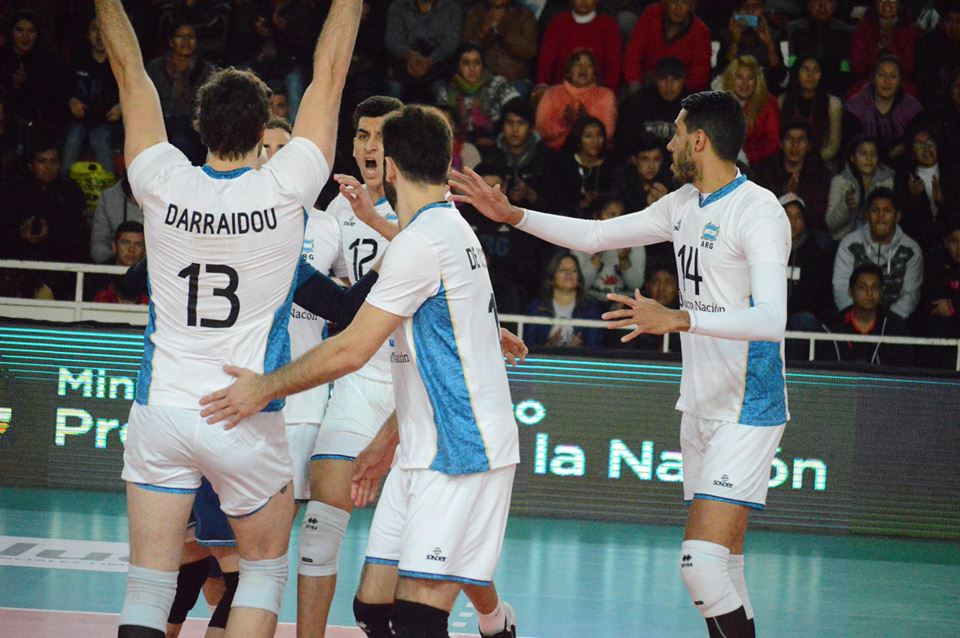 The qualification rounds for the 2018 FIVB Men's World Championships that will take place in Italy and Bulgaria are in full swing, with three South American men's squads vying for a spot.  Current Photo via FIVB

The first set for the Argentinians was a struggle, allowing Chile to swoop in for a 1-0 lead in the match. This woke Argentina up, with the squad rolling out through the next three sets, improving each round to take the four set victory.

Comming off the bench for Argentina was Bruno Lima, who tallied a team-best 15 points in the win. In addition, Santiago Darraidou added another 13 for the victors.

From the losing squad, Tomas Parraguirre posted 13 points while Dusan Bonacic and Nicolas Bruno put down 12 and 11 points, respectively.