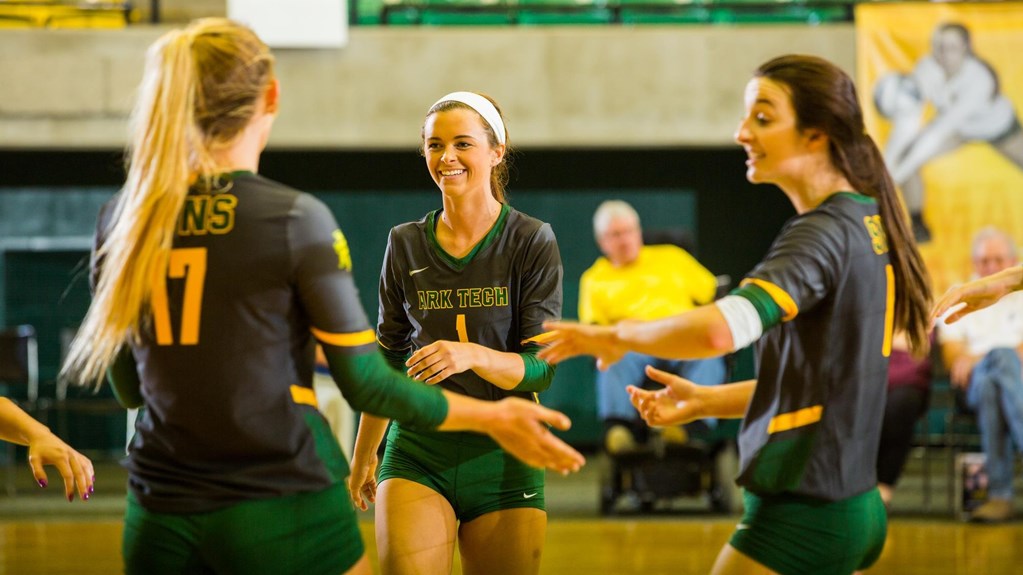 Arkansas Tech continues to climb up in the rankings, entering into the top-10 as the only unbeaten squad in the top-25. Current Photo via Arkansas Tech Athletics

Concordia-St. Paul took over the #1 position this week after they took down Southwest Minnesota State in a four-set match up. California Baptist jumped up to #3 from #5 along with Lewis to #4 from #6. Nebraska Kearney snuck their way into the top-five once again after being #7 last week.

Falling out of the top-five are Palm Beach Atlantic from #3 to #6 and Minnesota Duluth from #4 to #9.

Arkansas Tech continues to climb up in the rankings, entering into the top-10 as the only unbeaten squad in the top-25. Central Oklahoma and Regis also moved up in this week’s rankings from #13 and #14 to #11 and #12, respectively. In the back half, West Florida jumped up two spots to #20 while Wheeling Jesuit moved from #23 to #21.

Making an appearance in this week’s top-25 are Saint Leo and Upper Iowa at #24 and #25, respectively.

10 teams mentioned on only one ballot for a total of 49 combined points.