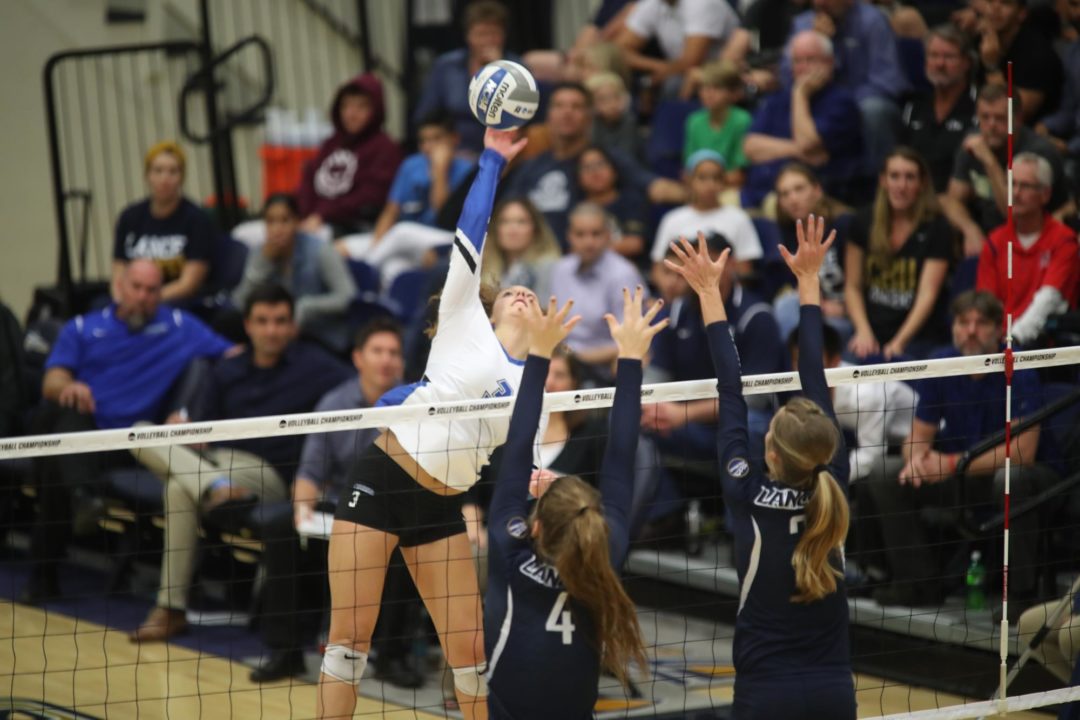 No surprise here | for the second-straight week the Coyotes are No. 1️⃣ in the @AVCAVolleyball Poll!!! | went from 28 first-place votes last week to 35 this week #10teamsonepack pic.twitter.com/SChmtfX9T5

Nebraska-Kearney (2 1st place votes, 1,081 points) made the jump from 4th to 3rd with wins in straight sets against Lindenwood and Central Missouri last week. The Lopers have earned a nation-leading 22 victories and are riding a 9-match win streak.

Washburn, which checks in at No. 9, received the final 1st place vote and 822 points. The Ichabod are the last remaining undefeated team in the Top 25 with a 21-0 mark.

This week’s poll release saw no newcomers and no programs fell out.

6 teams mentioned on only one ballot for a total of 38 combined points.