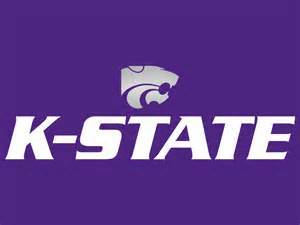 Kansas State All-Big 12 opposite Bryna Vogel used her recent injury to improve her leadership skills as she enters her final season. Archive Photo via Kansas State

After suffering an injury in the spring, Kansas State’s Bryna Vogel was forced to focus on more than her swing or approach or footwork. Instead, her top priority was to make her presence felt vocally and become a strong leader. Now, Vogel – a 2016 All-Big 12 Second Team opposite – is headed into her final season with Kansas State in 2017 and will look to make an impact beyond her play on the court.

While many players use the spring semester to work on their game, Vogel was on the sidelines for the entire time after recovering from shoulder surgery. As a senior, Vogel is counted on but others to be a leader, especially with the loss of three-time one of the best setters and leaders in the country in Katie Brand (2016 AVCA Third-Team All-American, 2014 & 2015 AVCA All-America Honorable Mention). It’s a similar opportunity to the one that All-American middle blocker Inky Ajanaku experienced at Stanford. In 2015, she was injured and had to learn the nuances of leadership. Come 2016, her leadership became a lead story in Stanford’s run to a National Championship on a team that consisted of a plethora of freshmen.

Just like Ajanaku had in 2016, Vogel has a huge class of freshmen coming in for 2017, making her leadership all the more important. For Vogel, it wasn’t easy though. She noted that she is more comfortable leading by example, which she obviously could not do in the spring.

“That was hard,” Vogel told Kansas State Volleyball. “I didn’t get to play all spring, so I had to sit on the sidelines, but I think that helped me with my leadership because I couldn’t lead by example, which is what I naturally go to. So I had to use my voice to help my other teammates and try to make them better so the whole team, collectively, would grow.”

She has big shoes to fill left by Brand, who was both a great player and a leader after being a four-year starter at a position that breathes leadership. It took Ajanaku a whole season of being injured to improve at it, but it seems that she is off to a strong start. Her growth as a leader was noticed by her teammates, notably redshirt junior outside hitter Kylee Zumach, who started in the same recruiting class as Vogel.

“She’s always been a super introvert, really in her shell, but this spring she didn’t have the opportunity to play and she’d stop practice, go in and talk to one person,” Zumach said on the team’s website. “She built those relationships in the spring and I think her leadership excelled 150 percent just because she’d stop and talk to a lot of people and make it a point to make them better.”

A 6’0″ right side, Vogel has improved every year with Kansas State. She went from playing in 25 sets as a freshman to 107 as a sophomore. She enjoyed her best season in 2016 as a junior when she posted a career-high 324 kills (2.75 per set) a .284 hitting percentage, 81 blocks and 24 aces. Now, in 2017, she looks for her biggest improvement to come as a leader on a roster that has six freshman and 11 underclasswoman – which make up for almost 60% of the roster.