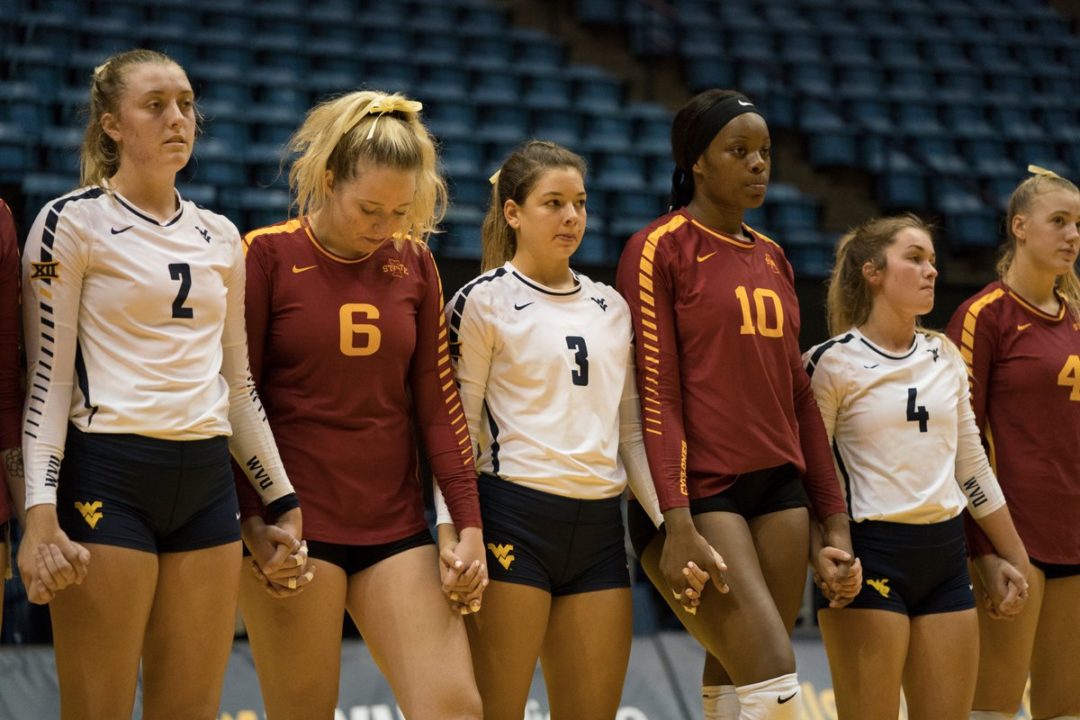 Following the tragic death of 2018 Big 12 Individual golf champion Celia Barquin Arozamena, the Big 12 Conference, has banded together to show support for the Iowa State athletics family, which is reeling in Ames, Iowa, since the incident. Current Photo via Iowa State Athletics

Following the death of 2018 Big 12 Individual golf champion Celia Barquin Arozamena, the Big 12 Conference, has banded together to show support for the Iowa State athletics family, which is reeling in the wake of last week’s incident.

Volleyball programs from the conference have stood on common ground with the Cyclones and mourned the loss of Barquin Arozamena.

Baylor players donned gold ribbons in their hair and on their shoes for their match and joined Iowa State in a moment of silence prematch to pay tribute.

Iowa State and ⁦@BaylorVBall⁩ joined in a moment of silence prior to the match in honor of Celia Barquin Arouzemena. #Cyclonitas pic.twitter.com/fmiKMtG70K

West Virginia also took part in a moment of silence prior to the match in Morgantown, W.Va. last week.

Prior to the match, the two teams joined hands for a moment of silence in honor of Celia Barquin Arouzamena. Thank you @WVUVolleyball #cyclONEnation #StrongerTogether pic.twitter.com/0KvCg3II1V

Prior to last night's match, both teams united for a moment of silence in honor of @CycloneWGOLF's Celia Barquin Arozamena.

Our thoughts are with Celia's family and friends and the whole @CycloneATH community. #Big12Strong 💛💛 pic.twitter.com/e8GH9byxJA

Both teams wore yellow ribbons in her honor as well.

Both Iowa State and West Virginia will be wearing yellow ribbons in honor of our fellow Cyclone Celia Barquin Arouzamena. #cyclONEnation pic.twitter.com/b1PRKQNXKw

Iowa State is even memorializing Barquin Arozamena with a CBA patch on its uniforms and wearing yellow warmup shirts.

Always great to play in front of our fantastic fans. Look forward to getting better and continuing to improve.#Cyclonitas #StrongerTogether pic.twitter.com/g1WgHWt0sn

These efforts along with those of Iowa State have touched the Barquin Arozamena family. Her brother, Andres, shared this heartfelt thank you for all the support the family has received over the last week.

Arozamena was found on a golf course last week week having been killed by stabbing. A suspect has been charged with murder.