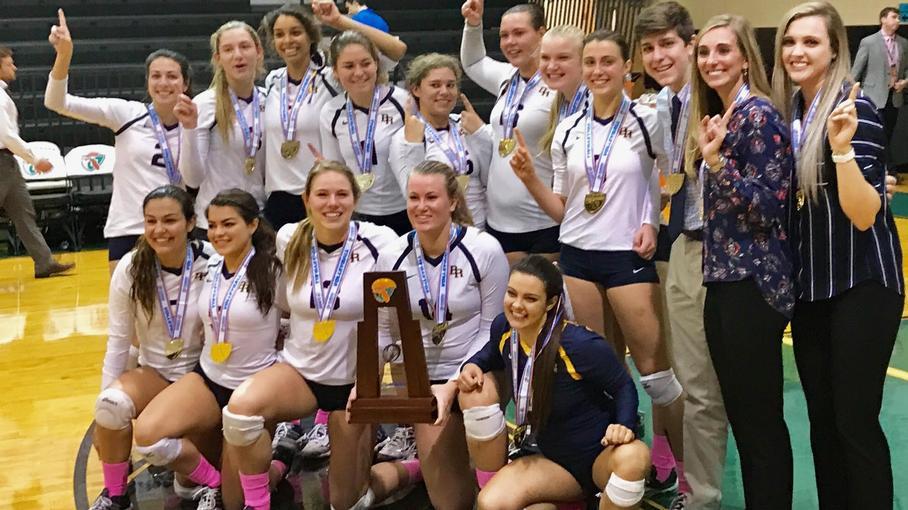 For Oviedo, Rileigh Power hammered down nine kills in the loss.

A total of 18 kills were put down by the state champions with Jada Garder leading the way with 100 percent accuracy and five kills. Paula Cerame and Brook Bauer each picked up seven digs.

Despite having more offense than St. Thomas Aquinas, Plant couldn’t hold on to take the state championship. Camryn Vogler hammered down 14 kills and a .750 hitting percentage.

Katherine Andros led South Fork with 18 kills, hitting for .714, while Angela Grieve added another 15 and a .667 hitting percentage.

Vanguard was led by Eboni Harris with seven kills on a .556 hitting percentage.

Shannon Crenshaw put down a match-best 16 kills on a .778 hitting percentage in the win. Morgan Davis added 12 kills and no errors on 12 swings.

Mackenzie Morris put down a team-best four kills, with only six other kills being made in the match for Ponte Vedra.

Leading Lake Highland Prep was Taylor O’Neal with 21 kills and 12 digs for a double-double, while Lauren Gips added 20 kills and Kelly Markowski contributed 13 kills. From the back row Alexis Brindley picked up 14 digs.

To lead First Academy was Bryana Deluzio with 22 kills and 16 digs for a double-double, while Mattison Mckissock added 12. Elizabeth Mckissock picked up 18 digs.

Abby Benton led St. Francis with 10 kills and 12 digs for a double-double, while Madison Mazon picked up a match-best 20 digs.

Leading the losing fight was Gem Grimshaw with 14 kills and nine digs.

Kaylee Thomas put down a match-best 19 kills and 16 digs for a double-double for St. John. Laine Grosvenor picked up 18 digs.

To lead Geneva, Jordyn Stiger put down nine kills, while Grace Gunter and Sarah Marbel each picked up 11 digs.

Leading Sneads was Shelby Glawson with 13 kills on a .857 hitting percentage.

For the losing squad, only nine kills were put down, with Lilli Bentz leading the way with three kills.