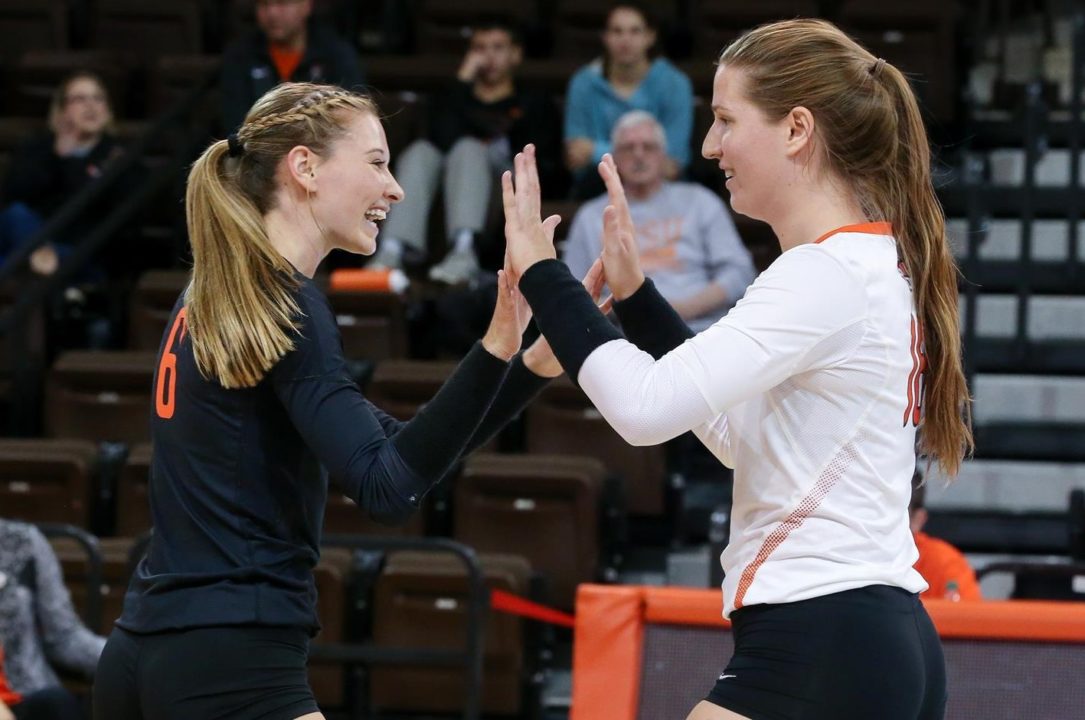 In Bowling Green State’s comeback win over Seton Hall, the team’s junior libero, Kallie Seimet set a program record with 44 digs in the five-set win. The record topped Madeline Garda’s record of 40 digs in a match against Drake last season.

Seimet’s record shattered her own previous mark of 36 the weekend prior at the NKU Invitational. The high mark in digs was enough to earn Seimet the MAC Defensive Player of the Week for the third consecutive week.

Seimet then overstepped her previous record by picking up 45 digs in the team’s loss to Miami (OH), which was a four-set match. The 45 digs were enough to average 11.25 digs per set in the match, though her defense was on point, the team still dropped the match. This performance was Seimet’s eighth 20+ dig match of the season. Now on the season, Seimet has picked up 301 digs and an average of 6.40 digs per set.

“It was a great comeback against a very gritty Seton Hall team and from out struggles in the first two matches of the tournament. Every player had a role in this win,” said the team’s head coach Danijela Tomic.

Since then, the team opened up their Mid-American Conference slate with a loss at Miami (OH), the team they lost to in the MAC tournament in 2016. The Falcons will return home this Saturday to host Northern Illinois in the Stroh Center. Northern Illinois was the MAC champions last season and will be a tough contender for the Falcons.