Brazil is projected Number 1 in next FIVB Men’s Rankings 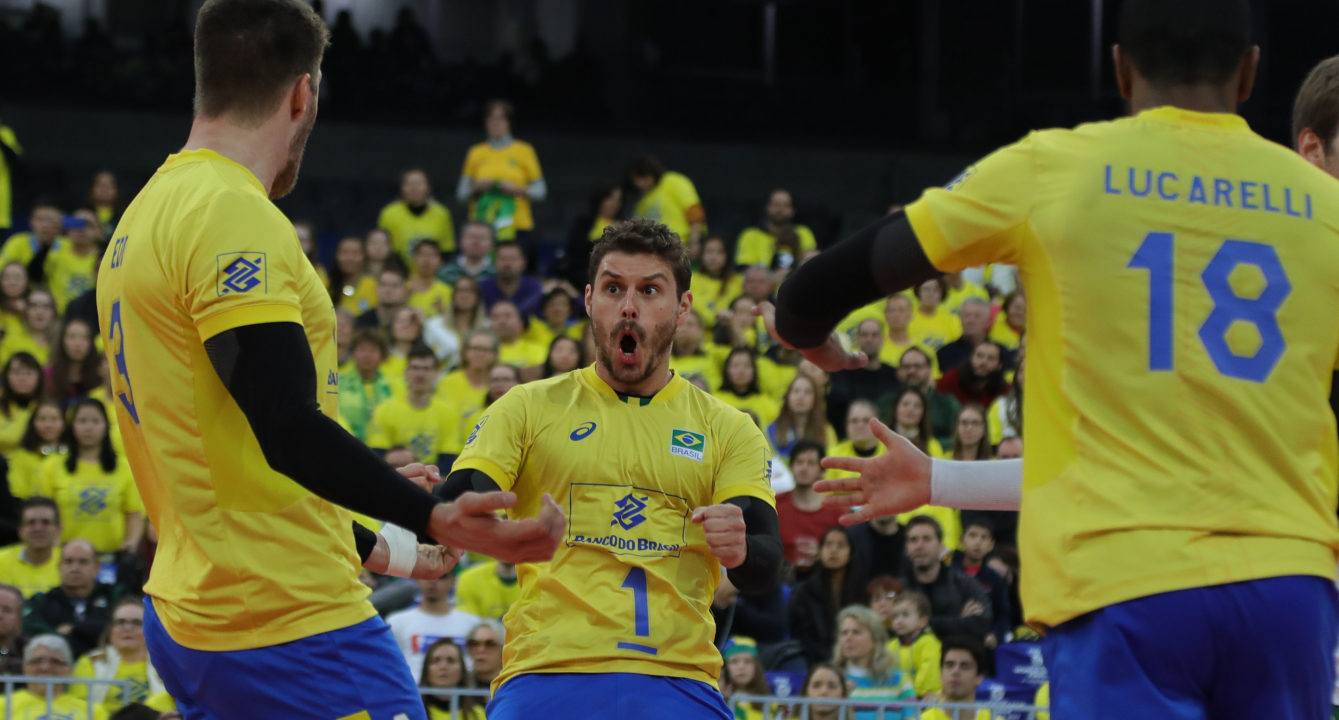 Even with France’s win in the World League Finals last weekend, Brazil will remain the number 1 team in the... Archive Photo via FIVB

Even with France’s win in the World League Finals last weekend, Brazil will remain the number 1 team in the world with the FIVB Men’s Ranking system. Brazil has the same amount of points at 315 as they did after the Rio Olympics. Brazil did not participate in the 2015 World Cup, but they were awarded their 80 points from the 2011 World Cup due to hosting the 2016 Olympics.

The USA is now solely in 2nd place at 270 points, Poland is 3rd at 262. Even with the World League France did not move from 9th place.

Belgium had the biggest move of the Top 20 teams, moving up 3 positions to 15th. Cuba had the biggest drop as they did not participate in the World League this year and dropped 3 spots to 16th, tied with Australia. 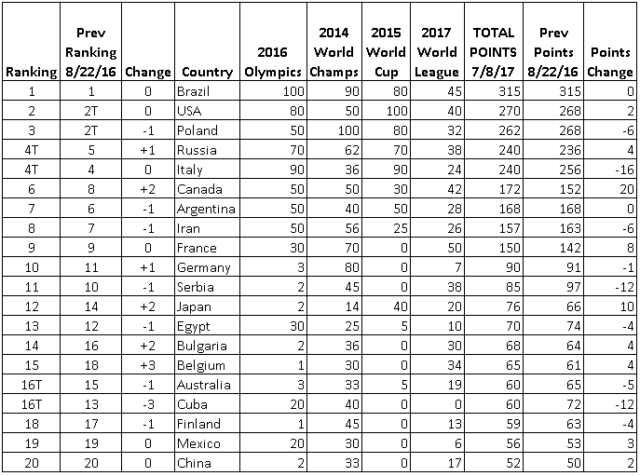 What is more impressive is that from all of the FIVB men’s ranking data that I can find online going back to 2005, Brazil has been ranked #1 in each poll. Russia came within 3 points at 345 to 342 points after the continental championships in October 2013.

That tells you how dominant Brazil has been for the last decade of play with Bernardinho coaching the men’s national team. Now with a new coach, can he keep up the high standards that Bernardinho set? So far it appears so.