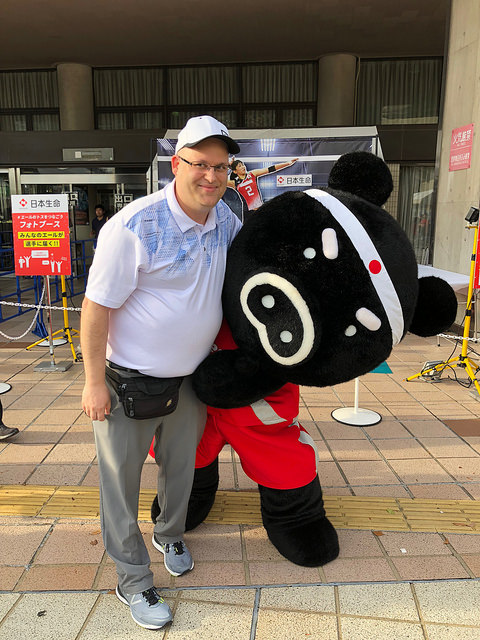 With the Third Round beginning of the 2018 FIVB Volleyball Women’s World Championship on Sunday night in Nagoya, Japan (or... Current Photo via Jeremy Brahm

With the Third Round beginning of the 2018 FIVB Volleyball Women’s World Championship on Sunday night in Nagoya, Japan (or Saturday night/Sunday morning in the USA), Volleymob’s Jeremy Brahm was in attendance as a fan. This is Jeremy’s view of the venue, matches and feel as a fan of the sport.

After flying from the USA on Thursday and arriving in Tokyo on Friday, the trip to Nagoya on Saturday was a day to overcome the jet lag from Friday’s arrival. While Sunday was the big day on my schedule as it would be the first for me to see a World Volleyball Championship match or even a women’s national volleyball team match in person. During my time as a student in Japan 25 years ago, I had attended the first Grand Champions Cup in 1993 and saw the men’s tournament in Tokyo at that time. As the Japanese team would be playing later in the evening, I wondered how the crowd would be for the first match of China vs. the USA. Additionally, having not attended before, I wondered what was happening around the venue for fans.

After arriving at Kasadera station, right next to the arena, I walked up and saw lots of advertising for the Japanese partners of the tournament, TBS and Salonpas (product of Hisamitsu who own the Hisamitsu Springs). The mascot for the hosts is VolleyBoo, who is a bear that loves volleyball and he was outside the arena getting pictures taken with people. Needless to say, great start to the night with my picture above.

Also outside the arena, which I could not tell until later was souvenirs, for the Japanese national team and tournament. People could purchase books, the thundersticks, coin purses, chocolate cakes, trading cards and even little trinkets from gumball machines. 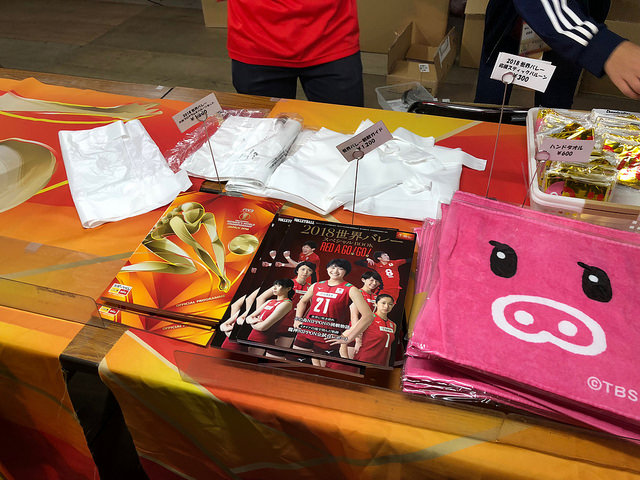 Some Souvenirs in Nagoya 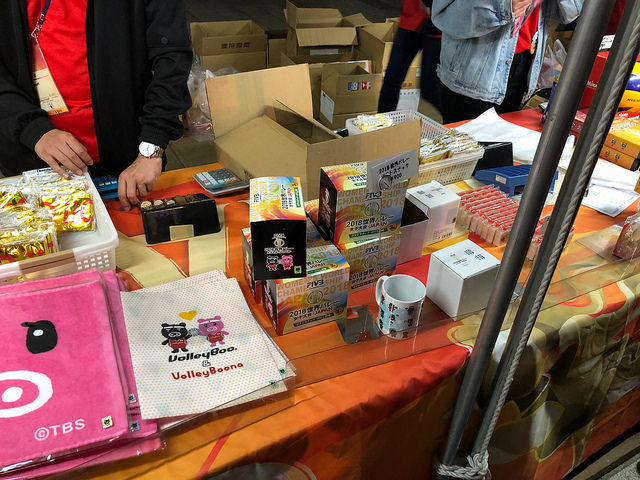 Once getting in the arena, as it had been my first time, I wondered what food would they have? Well, the answer quite simply was not much. 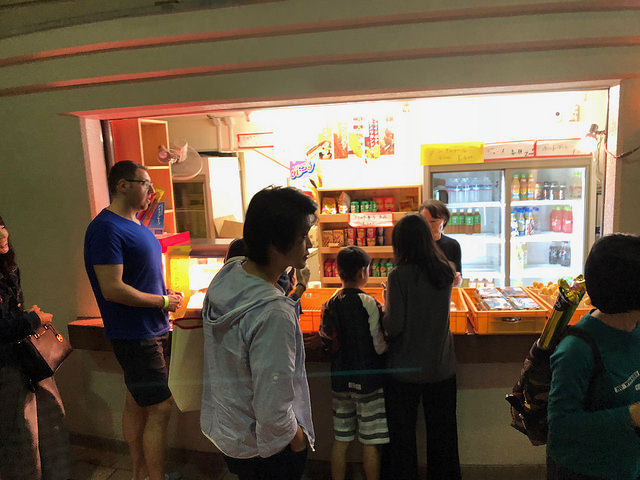 This was spot was the only food vending station in the arena. Also there was not much around the arena either and luckily I had a big lunch. There were two people manning the front and lines were very long for the food and drink. Not to mention that there were only two bathrooms for men and women. One each, and lines were very long as well there. Considering that the Nippon Gaishi Hall is a 10,000 seat arena that was built in 1987, it really looked its age. The arena has very narrow aisles, so getting in and out of your seats is not easy. Having gone to basketball games at the Portland Memorial Coliseum in the 1980s and numerous newer NBA venues, it really surprised me. The Yokohama Arena may give a better feel on Saturday as it looks more modern, but it is still 30 years old as well. This might be a first world problem, but to me it was a massive glaring difference it the FIVB is trying to keep the sport growing.

The USA vs. China match was an interesting affair, with China getting a run early in the fifth set to take the match. The crowd for the match was decent, but got bigger as the match went on. The in arena broadcaster did a good job of interacting with the crowd to show them how to do the “Monster Block”, “Super Spike” and “Ace”.

With the hosts playing Serbia, the fan involvement jumped to an 11 quickly with chants of “NIPPON” interspersed with the gold thundersticks, you’ll hear it in your dreams. 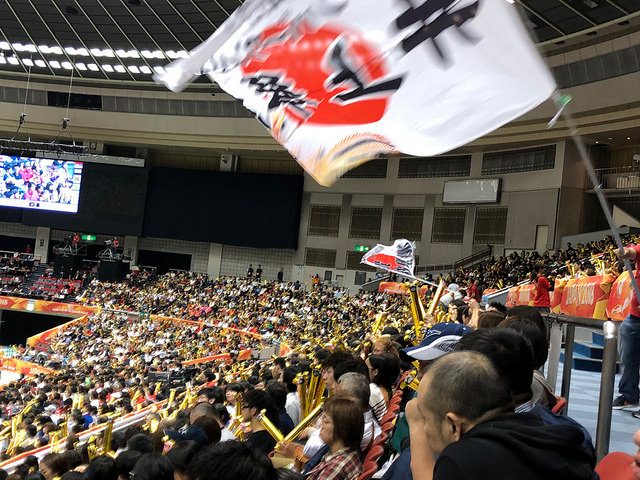 As for the match Serbia was just too strong and Boskovic was just unstoppable against Japan.

Other interesting notes, I did see USA, Chinese, Brazilian and Italian fans in the crowds or on the way to the arena. From the normal TV sideline angle, you do not see the TV screens next to coaches that have the challenges listed. You sometimes see them with the courtside cam looking towards the coach. However, those same screens count the number of seconds after the point has finished to the head referee. Additionally, those boards count the time used for the serve and turn red if the player has not served in the allotted time, like a shot clock in basketball. Both ways are used to keep the game going and improve the pace when needed.

Lastly, I will say that this, the person who sat next to me was a fan from China, who spoke English and had attended other matches in Osaka, and it was a good back and forth of supporting our teams, but also giving feedback on which players were under performing as well in our minds. It was nice to have fun at a game with someone that I had never met before and have a great time discussing this great sport.