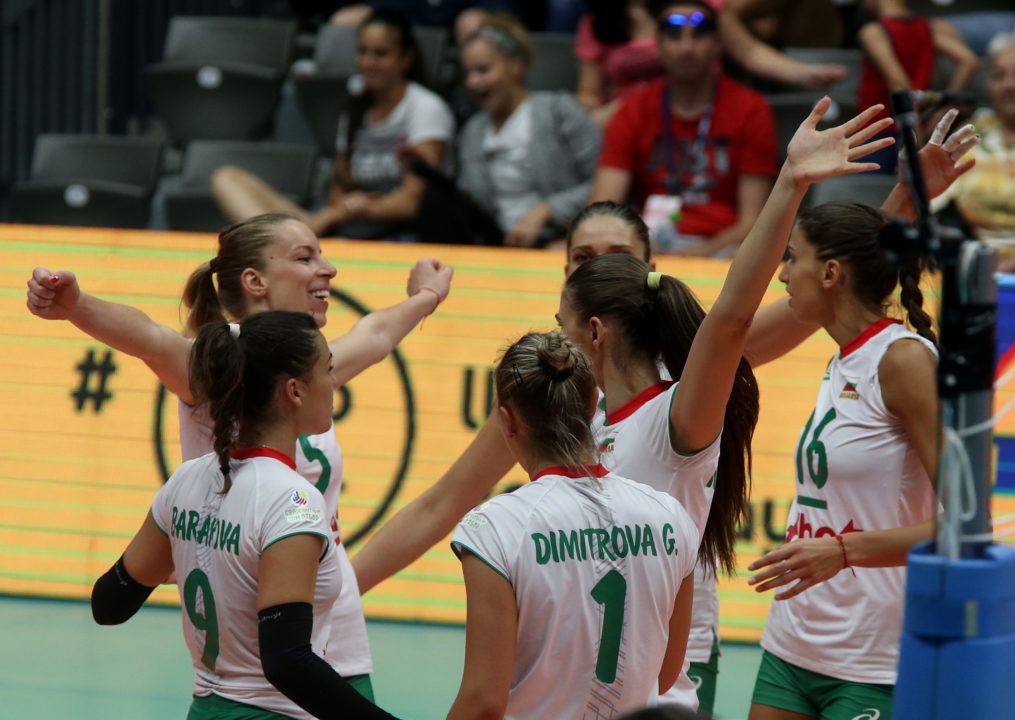 Bulgaria took down Serbia in two straight international friendlies as the two nations prepared for the EuroVolley Championship. Archive Photo via FIVB

Bulgaria came out on top in a pair of international friendlies with fellow European nation Serbia in preparation for the 2017 EuroVolley Women’s Championship.

The first match went five sets, as Bulgaria was victorious 3-2 (18-25, 19-25, 25-23, 25-21, 15-11). After struggling in the first two sets, they were able to turn things around and overcome the 2-0 set deficit as Strashimira Filipova and Elitsa Vasileva netted 16 points each for Bulgaria. Brankica Mihajlovic led the way in total for the match with 18 points, but it wasn’t enough to close out the match.

In the second match, Bulgaria took one less set for the victory as they won 3-1 (25-17, 25-27, 25-22, 25-22). They opened things up with a eight-point set win to give them four straight against the Serbians, but Tijana Boskovic, who led Serbia with 18 points and had 34 in the two matches, helped her side to a tight second set victory. Bulgaria responded though led by Vasileva (18 points for the match) and Hristina Ruseva (13 points for the match) en route to a second victory.

For Serbia, although they lost both they were without their starting setter in the match as they look to be healthy for the EuroVolley Championship.

In the most recent FIVB Senior Women’s World Rankings – last updated in August – Serbia comes in ranked third on the globe while Bulgaria was listed at 17th.