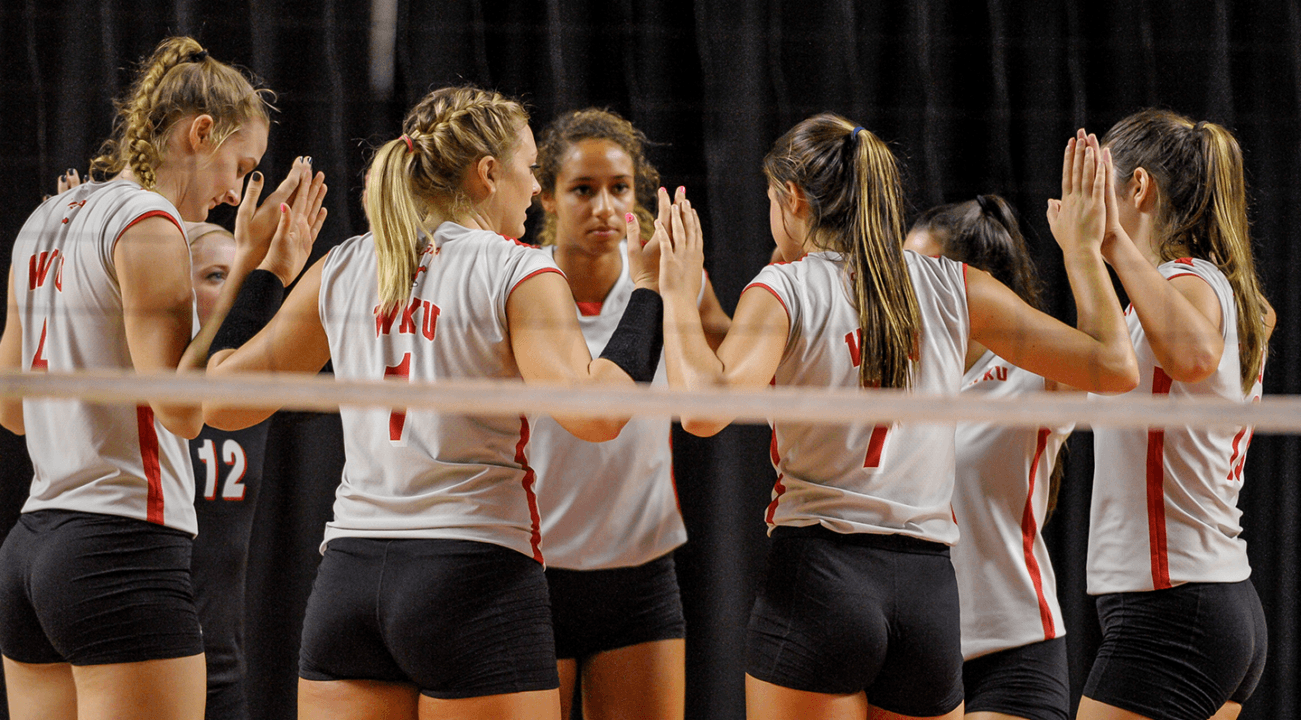 Just three days away from the start of the 2017 season, the Western Kentucky Hilltoppers Women’s Volleyball team held its annual media day. Head coach Travis Hudson, outside hitter/right side Sydney Engle, outside hitter Alyssa Cavanaugh and middle blocker Rachel Anderson all joined the media to answer questions and preview the upcoming season.

The Hilltoppers are coming off another stellar year as they’ve won 25 or more matches every year dating back to 2006. Last year’s team went 30-3 overall and earned an NCAA Tournament appearance, as they are the preseason coaches pick to win the Conference USA once again in 2017.

After establishing a strong reputation, Western Kentucky has high hopes for the 2017 season, and came in as the top receiving votes team outside of the top 25 in VolleyMob’s preseason poll.

“We jot down goals during every preseason,” 2016 AVCA Honorable Mention All-American Alyssa Cavanaugh told the media. “We always have our big outcome goals and we always have process goals. Our process goals are how we are going to accomplish these outcome goals. A lot of our outcome goals are putting ourselves in the position for an at-large bid, we want to be NCAA bound. Our theme this year is ‘good to great’ so that’s one of our things we are trying to work on. We’re good, we know we’re good, but we are going to take that step into being great. It’s just the little things.”

Joining Cavanaugh as a returning AVCA All-America Honorable Mention pick is setter Jessica Lucas. She didn’t attend media day, but that didn’t stop her head coach from raving about her.

“She truly is the quarterback of our team. Jess is a unique kid, she is a kid that is talented and skilled and great in her own right, but she’s a kid that takes pride in helping everybody around her be great,” Hudson said to the media members. “That’s what’s really elevated our program over the last two or three years, there’s greatness individually…but she’s a unique kid in that she brings greatness to our whole gym every day. She makes kids better, she cares about everybody in that gym, she works hard, she sets an example, and there’s a lot of reasons why she makes us better other than just her skill level.”

With Cavanaugh and Lucas back among a host of returning talent and four newcomers, Western Kentucky will try to usurp lofty expectations. You can hear more from the players and Hudson in the video above as the team previewed the season.

Western Kentucky opens their season this weekend with Southern Illinois, Miami (OH) and Northern Arizona. All the matches will be played in Oxford, Ohio.