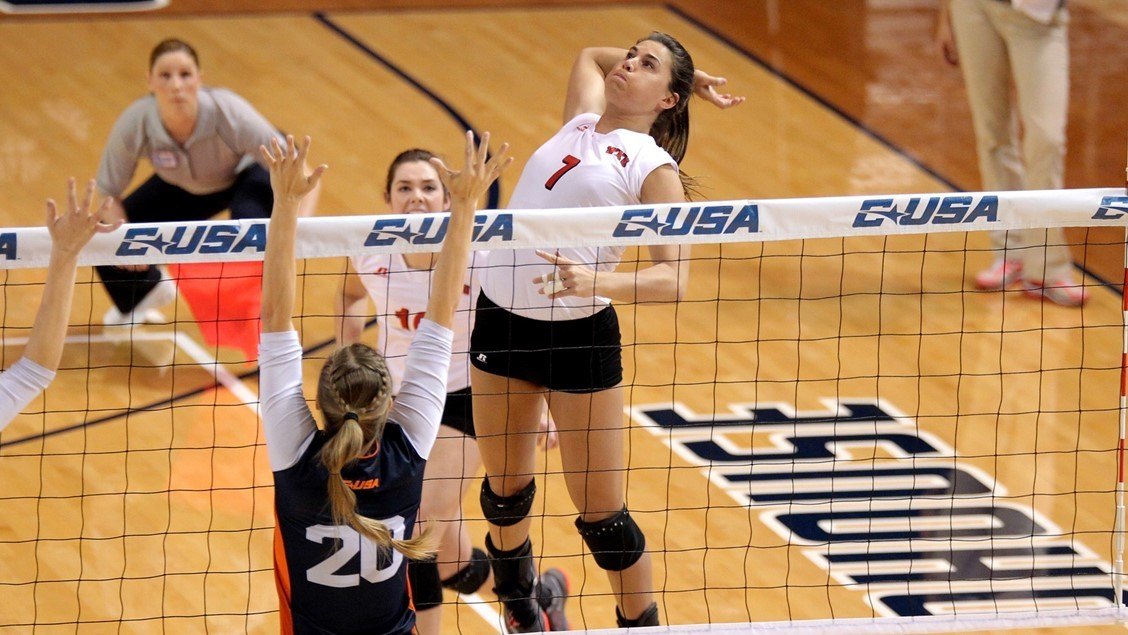 After winning the Conference USA title each of the last three years, the Western Kentucky Lady Toppers were tabbed as... Current Photo via Conference USA

After winning the Conference USA title each of the last three years, the Western Kentucky Lady Toppers were tabbed as the preseason favorite again in 2017.

WKU went 30-3 in 2016, including a perfect 14-0 mark in conference play. The squad, which received votes in the AVCA Preseason Coaches Poll, returns three All-Americans in Alyssa Cavanagh, Jessica Lucas and Rachel Anderson.

Cavanagh, the reigning C-USA Player of the Year, was named as the league’s Preseason Player of the Year honoree. The outside hitter racked up 4.41 kills per set, ranking second in the conference and 22nd nationally, while hitting at a .343 clip and adding 51 blocks.

Rice, UTSA, Southern Miss and Marshall rounded out the top five in the preseason coaches poll.

Madison Hill and Jac’cara Walker (Marshall) and Catherine Repsher (Southern Miss), all-freshman team selections a year ago, also garnered preseason honors. Repsher was the league’s Freshman of the Year in 2016.