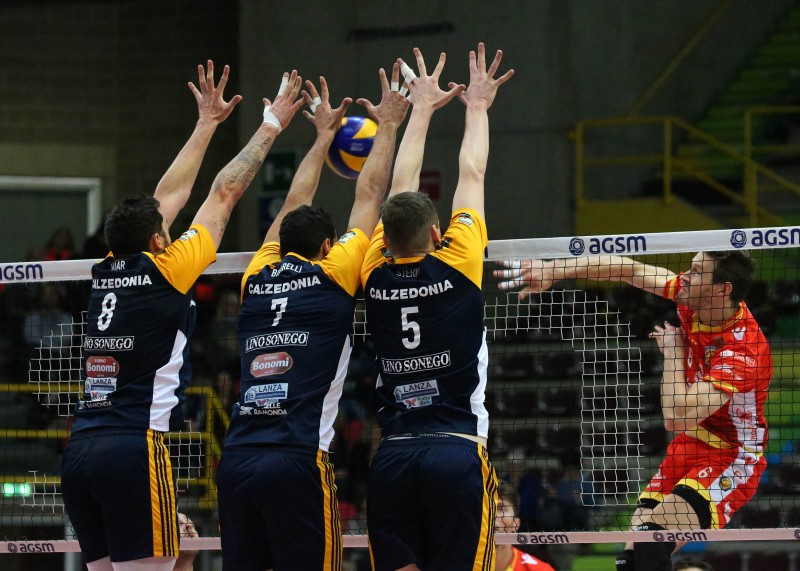 It was a record week in the Italian Men's Volleyball Serie A1 league, with Calzedonia Verona and Bunge Ravenna posting the record for the longest match in Serie A1 history.  Current Photo via legavolley.it

It was a record week in the Italian Men’s Volleyball Serie A1 league, with Calzedonia Verona and Bunge Ravenna posting the record for the longest match in Serie A1 history.

The match extended into five-sets after Calzedonia went up 2-0 to start things off with Ravenna making a comeback to force the fifth set. The second set lasted 44 minutes with the score extending to 30-28 with Calzedonia taking the win. The final set of the match, which should have been one of the shortest took 29 minutes with the score reaching past the typical stopping point of 15 at 20-18. In total, the match took 2 hours and 42 minutes to complete, surpassing the previous record when Da Rold Logistics Belluno and Vibo Valentia went 2 hours and 40 minutes in 2011.

In all, the match is just one minute shy of tying the overall Italian record for the longest match as Serie A2’s Gherardi Svi Citta De Castello and Kioene Padova’s match is officially the longest match in Italy at 2 hours and 43 minutes.

The overall detriment in the match for Ravenna were their errors, as they committed 16 more than Calzedonia (48-32), which could have made a difference in the end. In most other statistical categories, the two teams were fairly even, as Calzedonia posted 48% positive receptions to Ravenna’s 47% while Ravenna put down 41% of their attacks to Calzedonia’s 40%.

On Calzedonia’s side, Stephen Maar led the way with 23 points in the match while Toncek Stern wasn’t too far behind with 20. Also adding double-digit points were Federico Marretta with 13 and Alen Pajenk with 10.

For Ravenna, Paul Buchegger put down a match-best 28 points while two other teammates recorded more than 20 points in the loss – Cristian Gabriel Poglajen (25) and Nicolas Marechal (21).