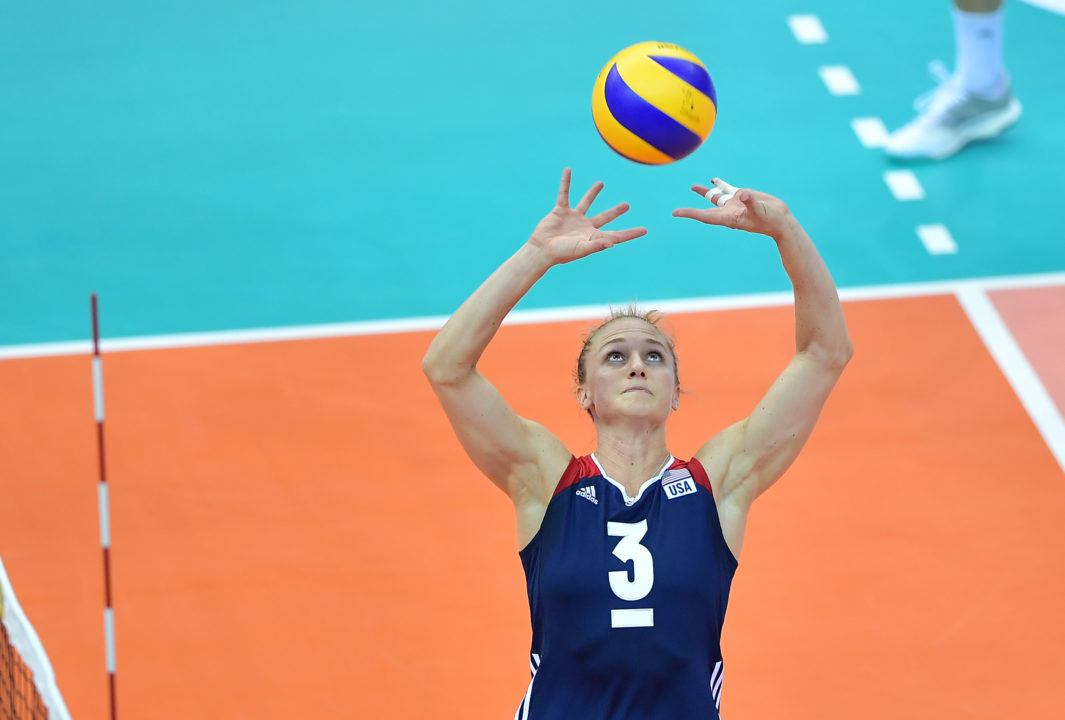 Carli Lloyd has parted ways with Fenerbahce this season due to an injury sustained this summer with the U.S. National Team.  Current Photo via FIV

Carli Lloyd has parted ways with Fenerbahce Istanbul this season due to an injury sustained this summer with the U.S. National Team, according to World of Volley.

Lloyd injured her shoulder over the summer at the 2017 FIVB World Grand Prix in her time with the American squad. She continued to play on the injured shoulder until the end of the 2017 World Grand Champions Cup before having surgery. The injury will set Lloyd back three months.

At the World Grand Prix, Lloyd was the seventh best setter in the preliminary rounds, leading Team USA to the second place finish and a berth into the Final Six. On average, Lloyd dished out 4.68 assists per set while committing just three faults. In the final six, Lloyd continued to hand out 3.11 assists per set for the Americans on their way to a fifth-place finish. While competing at the World Grand Champions Cup, Lloyd split most of her setting time with Lauren Carlini, ranking fifth in setting behind the rookie with 5.25 assists per set.

In the meantime, Fenerbahce is expected to make a late transfer to bring in a setter that will replace Lloyd for the 2017-18 season. It is unsure what Lloyd will plan to do once returning from the injury.