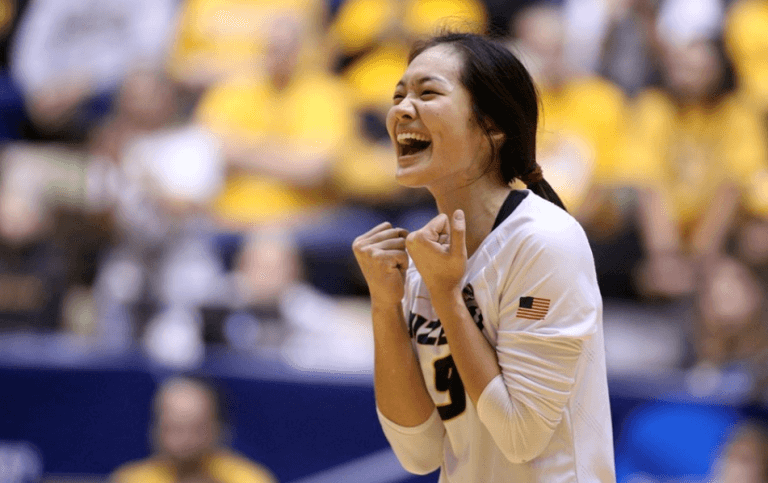 The University of Hawaii gains two beach players for the 2017 season, Carly Kan of Missouri and Cali Bunn transferring from Tulane.

Kan is a Honolulu native, making a homecoming by joining the Rainbow Wahine. She started all four years for Missouri as an outside hitter, having one of the most decorated careers in school history. Kan was a three-time All-American for Missouri, also finishing in the school’s top five in a number of categories, including #2 all-time in kills.

“Carly is a talented volleyball player in all facets of the game,” said Hawaii head beach coach Jeff Hall. “She has phenomenal ball control coupled with an excellent understanding of where to be on defense and how to find open space on offence. Her playing experience at Missouri gives us someone who is mentally tough and battle tested in high-pressure situations.”

Kan will be able to play another two season with the Rainbow Wahine. This season, Kan earned a number of awards with Mizzou, including AVCA All-American Honorable Mention, All-SEC, SEC Player of the Week (two-times) and AVCA First Team Southeast All-Region.

The Rainbow Wahine also gain Cali Bunn, a transfer out of Tulane. Bunn spent just one semester with Tulane. She is a native out of Encinitas, California, and was a 2016 AVCA high school beach honorable mention All-American.

“Cali is a great add to our program,” said Hall. “Her career is just getting started and she has the potential to be an impact player at the NCAA level. She’s long, have nice touch on the ball and a lot of game experience for a freshman.”

Hawaii will begin training for the spring season on January 17, before the season begins in early March.