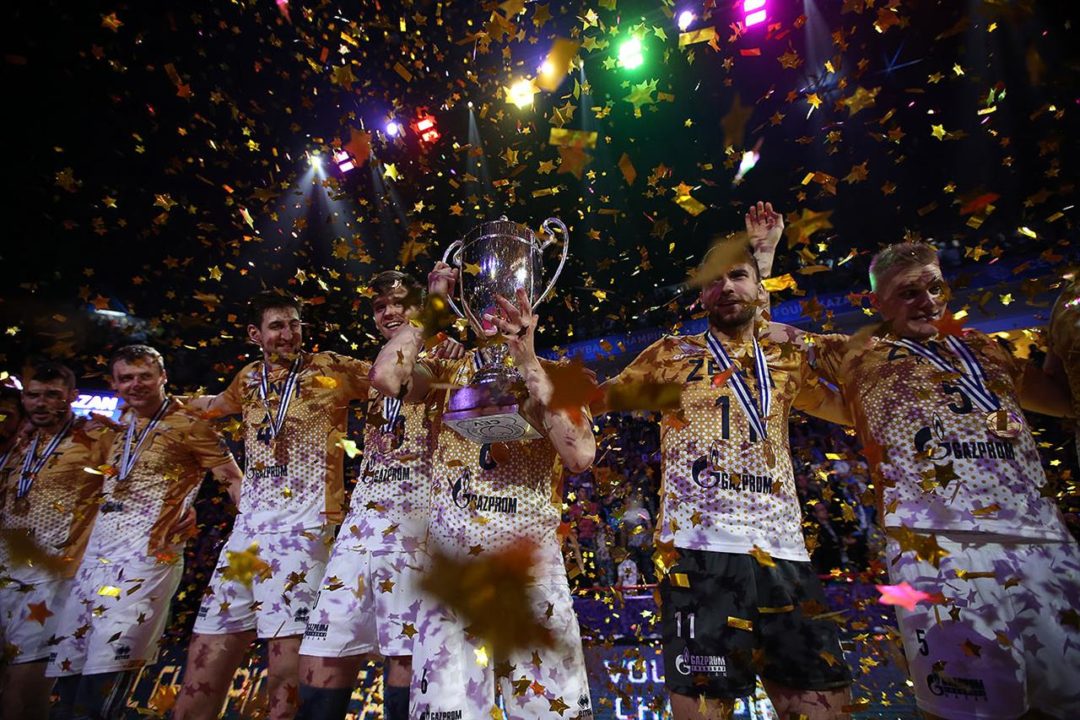 Zenit Kazan will start their quest for a 5th straight CEV Champions League trophy on November 20th when the group stage starts.  Current Photo via CEV

On Friday, November 2, 2018 the Confederation of European Volleyball gala will take place. One part of that gala will be the drawing of lots for the group stage of the 2018-2019 CEV Champions League. The competition is currently in the return leg of the Second Round. Four teams will advance to the Third Round. The pair of teams left standing will join the 18 teams already qualified for the Fourth Round, otherwise known as the group stage. This stage of the competition will start on November 20th. The 20 teams in the Fourth Round will be broken up in to 4 pots. Each of the 5 pools will consist of a team from each pot.

At the time of this writing the following teams are still in contention to qualify for the final 2 spots in the group stage: