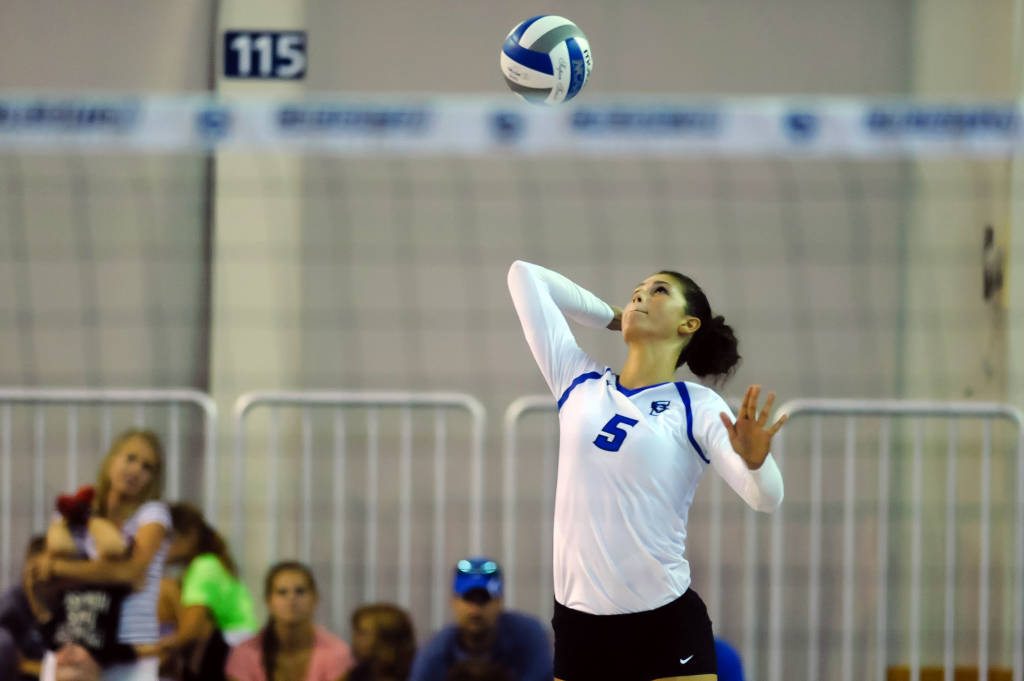 NEW YORK – For the third time this season, Creighton senior Jaali Winters and St. John’s junior Amanda Sanabia earn BIG EAST Volleyball Player of the Week accolades as Winters takes home the Offensive award and Sanabia secures the Defensive nod. St. John’s Efrosini Alexakou is the Freshman of the Week, which is the second for her this season.

No. 9 Creighton (20-4, 12-0 BIG EAST) stayed atop the BIG EAST volleyball standings with a decisive four-set win over second-place No. 19 Marquette (20-5, 10-2). The Bluejays are riding a 12-match win streak as they move up to their highest ranking this season in the latest AVCA Coaches Poll. The Golden Eagles split their weekend matches by sweeping Providence at home. Third-place St. John’s collected a pair of wins on the road over the weekend. The Red Storm defeated Butler in four sets and came away with a five-set victory at Xavier.

Winters was crucial in helping the Bluejays stay unbeaten in league play over the weekend, averaging 4.79 points, 4.57 kills and 3.57 digs per set, while hitting .389. Against then-No. 18 Marquette she recorded a match-high 25 kills and added another 19 digs for the double-double as the Bluejays swept the season series. This marked the first conference road win over a ranked opponent for any BIG EAST squad since 2012. Winters went on to collect seven kills, six digs and two blocks in a sweep of DePaul.

🏆🏅🎊
Congratulations to Jaali Winters on earning this week's BIG EAST Offensive Player of the Week award!

Sanabia led the league over the weekend with 6.11 digs per set. She collected 21 in a 3-1 win at Butler, then followed that with a match-high 34 digs in a five-set win at Xavier. Her 34 digs ties her season-best performance, which is fourth-best overall in the conference this season. Sanabia also helped hold Red Storm opponents to a league-best .153 hitting.

Alexakou was second in the league over the past week in kills and points per set, averaging 5.00 and 5.17, respectively. She recorded a double-double in both matches versus Butler and Xavier. In a win against the Bulldogs she had a match-high 22 digs and 16 kills. In a five-set win versus Xavier, Alexakou recorded a match-high 29 kills to go along with 18 digs. Her 29 kills is tied for the most in any match this season for a player in the BIG EAST.