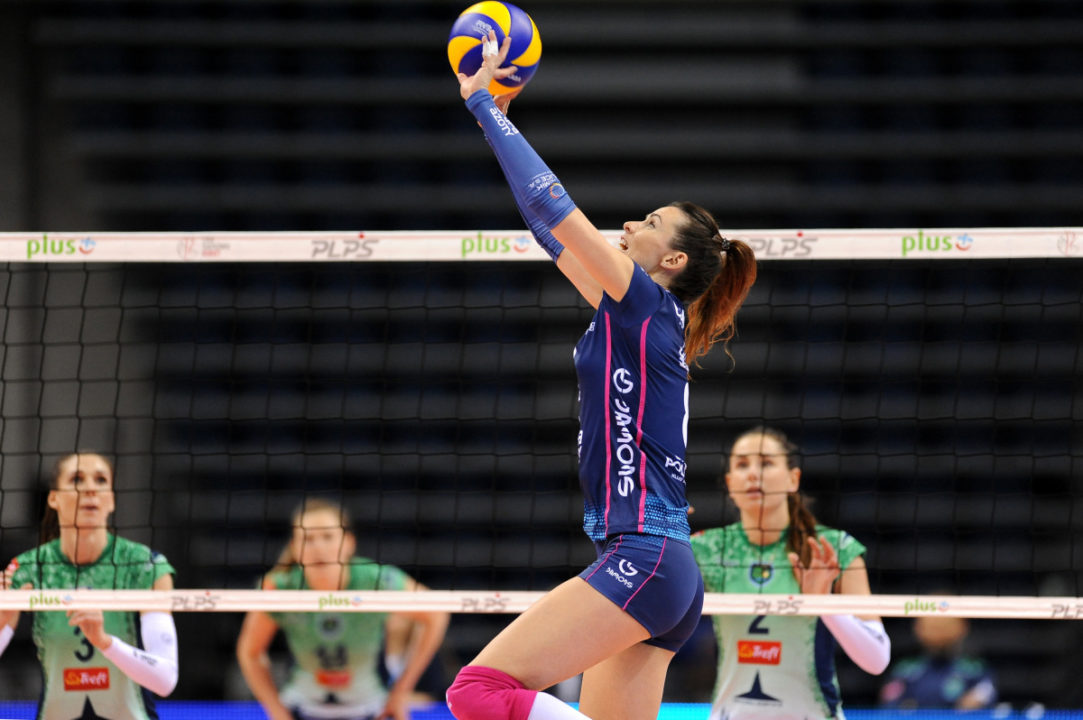 After beginning the Polish League season in Szczecin, Chemik Police has decided to move their home matches for the 2018 CEV Women's Champions League to Koszalin. Current Photo via Polish Women's League

After beginning the Polish League season in Szczecin, Chemik Police has decided to move their home matches for the 2018 CEV Women’s Champions League to Koszalin.

The hall in Koszalin can hold nearly 3,000 fans. The move puts a disadvantage to their fans in their previous host city, therefore, the club will offer free transportation to the new location from Szczecin.

“The best offer has come from Koszalin. They have a beautiful sports center and they are ready to host our Champions League matches this season. We are glad to start something new,” said club President Pawel Frankowski.

The move to Koszalin will financially help out the club as opposed to staying Szczecin. The 3,000 person facility will help this out as compared to the team’s facility in Szczecin that can hold just 1,200 fans. The move puts the team 2 hours away by car and nearly 3 hours by train due to the number of stops along the way (according to Google Maps).

The team is looking to begin the Champions League with a bang as they will face off against Dinamo Kazan, Maritza Plovdiv and Vizura Ruma in the group stage of the competition.