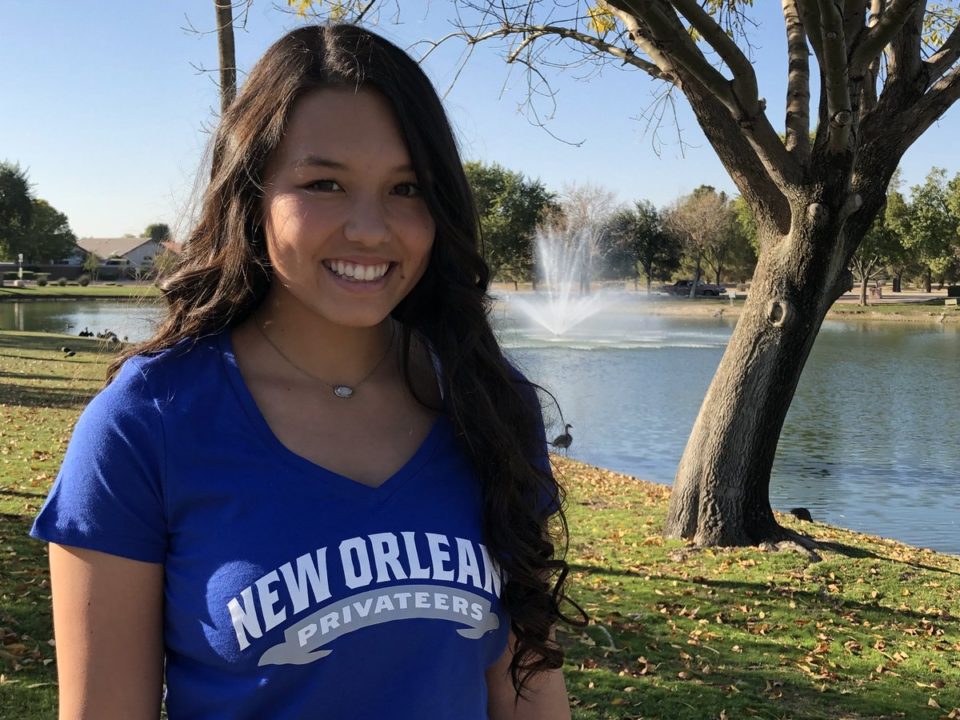 Class of 2018 libero/defensive specialist Alexa Spartz has committed to the University of New Orleans for Indoor & Beach. Archive Photo via Alexa Spartz (@Lex1299)

High school recruit Alexa Spartz has committed to the University of New Orleans as part of the Class of 2018. At New Orleans, Spartz will play indoor in the fall of 2018 as well as with the beach team in the spring of 2019.

So blessed and excited to announce my commitment to play D1 beach and indoor volleyball at the University of New Orleans?? pic.twitter.com/0Fa2y5toGf

Spartz, a 5’6″ libero/defensive specialist, is currently a senior at Sandra Day OConnor High School in Glendale, Arizona. According to her MaxPreps page, she notched 3.8 digs and 0.5 aces per set this season.

On the club side, Spartz plays for 18 Roshambo indoors with the AZ Epic Volleyball Club. She also plays with One Beach Arizona in the sand.

She should be plenty busy at New Orleans doing both indoor and beach, but based on her current club and high school schedule it seems she has things mastered.

Indoors, New Orleans finished 12-16 this season with three defensive specialists/liberos on the roster. In the sand, the Privateers went 5-16.