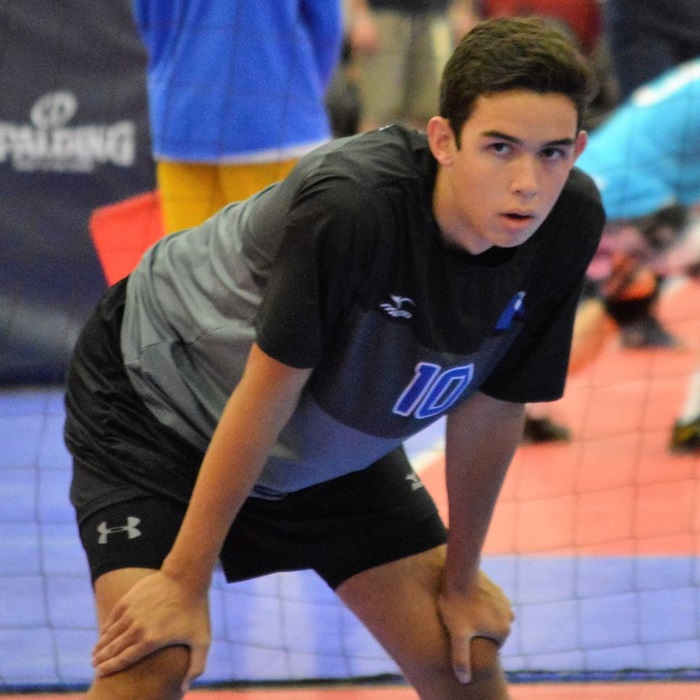 Class of '18 S/RS Ryan Damm will join CSUN for the 2019 season after committing to the Matadors. Archive Photo via Hudl.com/Ryan Damm

Class of 2018 recruit Ryan Damm has committed to the Cal State University-Northridge (CSUN) Men’s Volleyball program. A 6’3″ setter/right side, Damm will join the team to start his career in the 2019 season.

An attendee of Eaglecrest High School in La Jolla, California, the left-handed hitting Damm owns a 7’10” standing reach, a 10’0″ block jump and a 10’4″ approach. His recruiting profile via Hudl can be seen here.

On the club side, Damm plays with the Coast Volleyball Club – specifically the 18-Elite team. Interestingly enough, one of the assistant coaches for the team is Tanner Syftestad, the nation’s leader in kills who plays for UC San Diego and likely provides strong insight for Damm and the other players.

CSUN is in the midst of a 7-4 season in their inaugural year in the Big West for Men’s Volleyball. They’re currently ranked 12th in the VolleyMob Top 20 Power Rankings. Their 2018 roster consists of three setters and three opposites, with one right side graduating following this season and two setters on pace to depart following the 2019 season.

A huge congratulations to Ryan Damm on his commitment to CSUN – “I’m proud to announce that I’ve committed to play D1 volleyball at Cal State Northridge! Thank you to my family and coaches for getting me this far. Go Matadors!” ?⚫️?#CoastGoesToCollege #GoMatadors @GoMatadors pic.twitter.com/ghEUZBEUxt