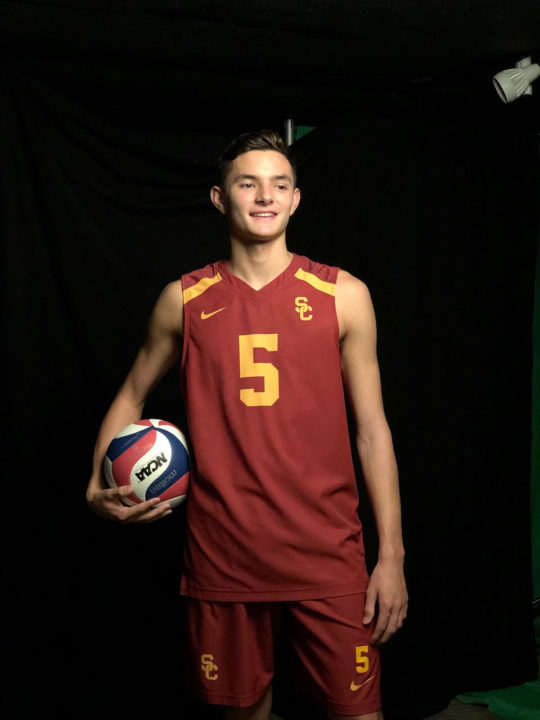 Class of 2020 outside hitter recruit Jackson Reed has committed to the University of Southern California (USC) men’s volleyball program. That means that Reed’s freshman season would come in 2021 after he enrolls in the fall of 2020.

Reed is a junior at Cathedral Catholic High School in San Diego, California where he has been with the varsity team – both indoor and in the sand – since he was a freshman. In 2017 he led the team in digs, while in his last season the team won the CIF San Diego Section Division 1 Championship and made the final four in the Southern California Regionals.

On the club side of things, Reed plays with 949 17 Black. With the club he won gold at the 2016 14U SCVA Boys Classic in Anaheim and also at the 2018 16U Boys Chicago, Illinois Qualifier. Highlights of his play from the Boys Junior Nationals in Phoenix this past summer, where he helped his team to a bronze medal and was on the All-Tournament team, can be seen below via YouTube: