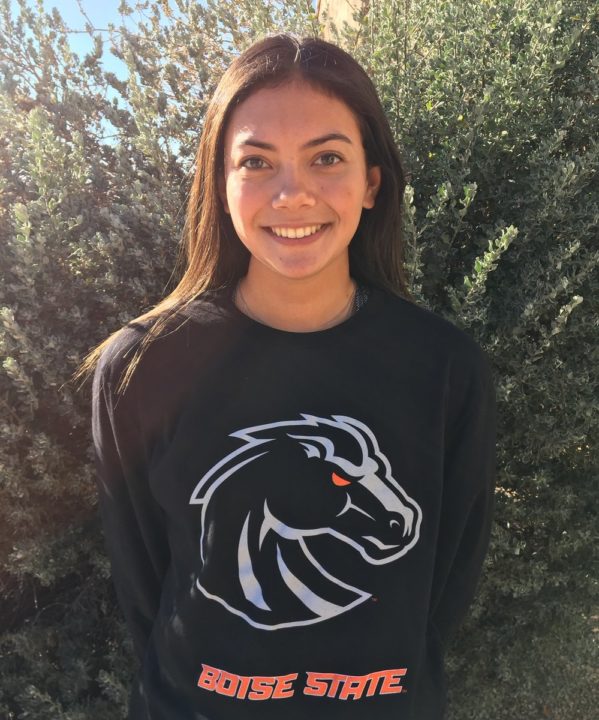 Class of 2019 recruit Liz Melita committed to the Boise State Beach Volleyball team to take part in the 2020 season. Melita is currently a junior in high school, and hence will graduate in 2019 before joining the Broncos program and waiting until the spring of 2020 for her freshman year.

With the addition of a baseball team, the Boise State Volleyball team was recently awarded six scholarships in the sand. That meant going from being a non-scholarship team to one that can divvy up those six scholarships among their roster.

Melita, a native of Chandler, Arizona, plays for RPM Sand on the club/beach side of things. In 2017, she finished with 10 top-five finishes on the USA Volleyball Junior Beach Tour, including a win at the Albuquerque event.

Boise State finished last season at 5-6 and will play a much more extended schedule this upcoming season.

We are very proud & excited for Liz Melita on her commitment to play sand volleyball at Boise State University! Yeahhh Liz! ? #rpmsandcommit pic.twitter.com/kt59ZLOdy8