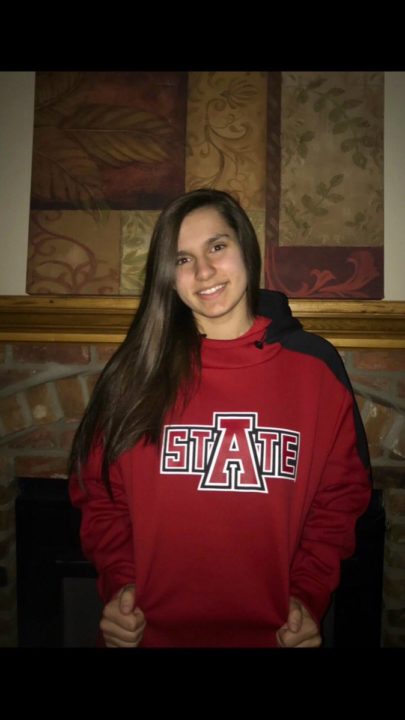 Class of 2020 recruit Isabel ‘Izzy’ Lukens has committed to the Arkansas State University women’s volleyball team. A 5’10” setter from Omaha, Nebraska, Lukens will join the Red Wolves for the fall season in 2020.

On the club side of things, Lukens plays with Premier Volleyball – specifically the Premier Nebraska 16 Gold team. Some highlights from her play both in club and high school can be seen here.

Arkansas State finished the 2017 season with a 21-12 record and a 12-4 finish in Sun Belt action. They also won a postseason match playing in the NIVC. The two setters returning to their 2018 roster will be a sophomore and senior – meaning just one current Red Wolves setter will be on the roster come Lukens’ arrival in 2020.

I am very excited to announce that I have committed to continue my academic and volleyball career at Arkansas State University! Go Red Wolves!!!! pic.twitter.com/ujnyWAi2b7