Dalhausser, Lucena Wraps Up Perfect Run through #FTLMajor with Gold 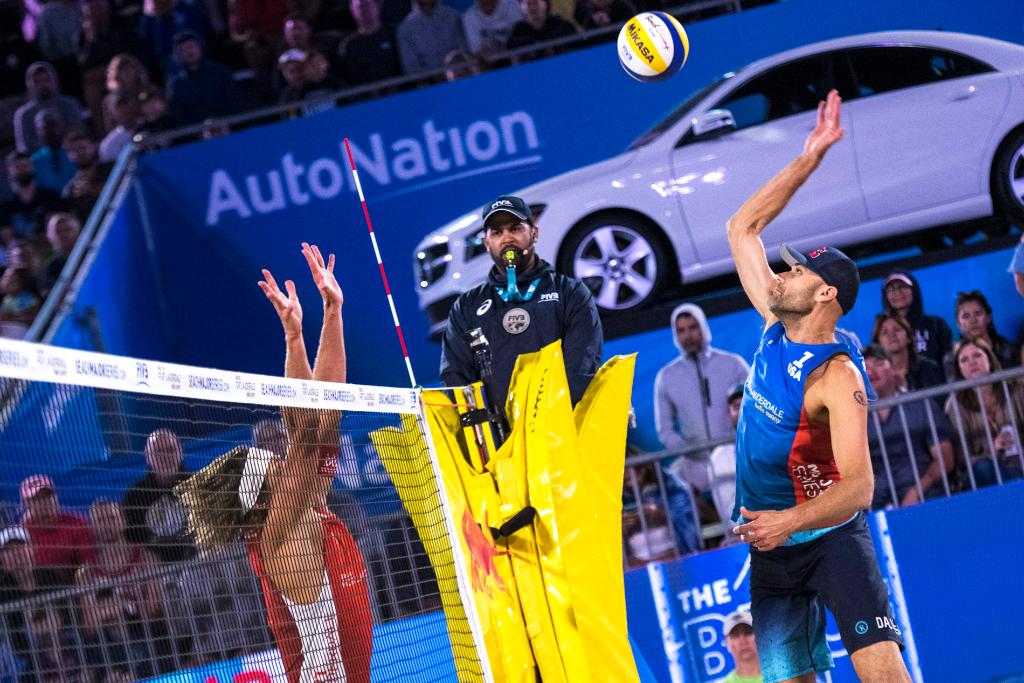 Top seeded Phil Dalhausser and Nick Lucena, both Florida natives, did not drop a set in six matches leading up to the Fort Lauderdale Major gold medal on Sunday. Current Photo via FIVB

Top seeded Phil Dalhausser and Nick Lucena, both Florida natives, did not drop a set in six matches leading up to the Fort Lauderdale Major title. The duo faced the No. 10, 11, 12, 17 teams along the way en route to the championship win over No. 5 Paolo Nicolai and Daniele Lupo of Italy.

Dalhausser/Lucena, which earned bronze at the Fort Lauderdale Major in 2017, bested 12th-seeded Latvians Aleksandrs Samoilovs/Janis Smedins in the semifinals to reach the championship.

The American duo earned four golds in 2017, including the World Tour Finals in Hamburg in August. The pair also took the top spot at the Moscow Three Star, Gstaad Major and Long Beach Presidents Cup.

The victors took home a $40,000 first place purse, while also gaining a 3-0 lead in the all-time series with the Italian duo. It also marked the first FIVB gold medal for Lucena on the beach where he grew up playing.

Nicolai/Lupo, which was fifth at the Fort Lauderdale Major last February, fought three three-set wins in the Round of 16 and the quarterfinals, before topping Brazilians Pedro Solberg/George Wanderley in the semifinals.

The No. 5 pair finished on the podium at five FIVB events in 2017,  The last FIVB gold for the pair came at the Shanghai Grand Slam in May 2014. They have had three runner-up finishes since, including a silver at the Porec Major in July and the Xiamen Three-Star in April.

Samoilovs/Smedins wrapped up the week with the bronze medal, besting the ninth-seeded Brazilians in straight sets on Sunday. It marks the duo’s first podium finish since a third-place effort at the Long Beach Grand Slam in August 2016.

This was just the second FIVB tournament for the Brazilians, following a ninth-place finish at the Hague Four-Star in January.