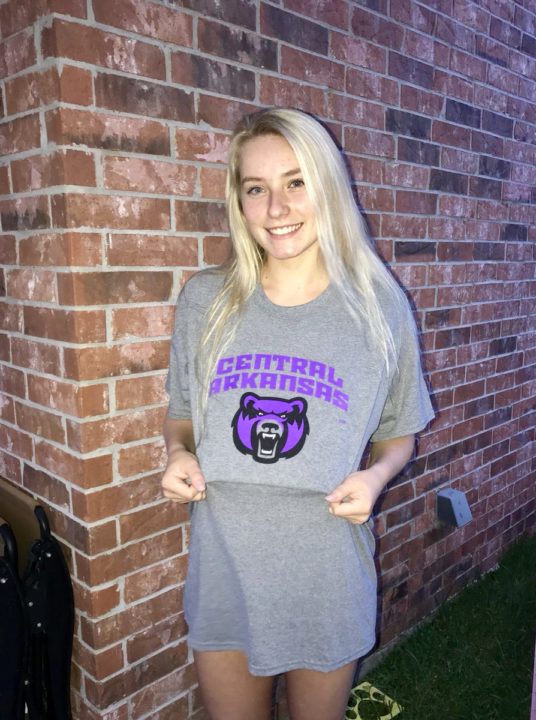 Crawford is a senior at Clear Springs High School in League City, Texas. The team is currently 19-9 in 2018 after going 19-12 in 2017 en route to a State Tournament appearance.

Central Arkansas is off to a 6-2 start to the 2018 season with matches against South Dakota and Arkansas Pine Bluff to round out this weekend. They have three defensive specialists on their current roster, with one senior set to depart prior to 2019. They went 27-5 with a 13-3 record in the Southland Conference in 2017 en route to an NCAA Tournament appearance.

Soo extremely excited to announce that I have verbally committed to further my academic and volleyball career for the University of Central Arkansas!! 💜🐻 pic.twitter.com/u4R4Gymlwm