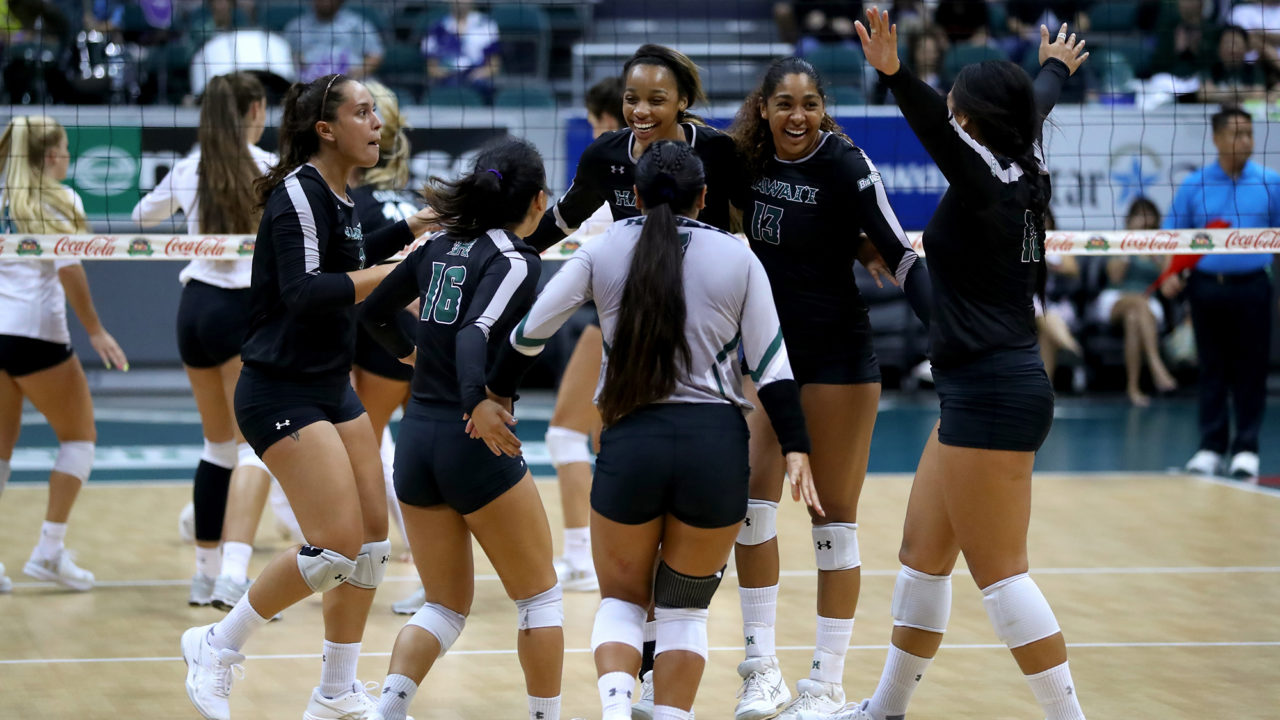 Portland and Hawaii each registered victories in Outrigger Volleyball Challenge action Thursday, setting up an exciting Friday matchup between the two. It will mark the first all-time meeting between the programs. Current

Portland and Hawaii each registered victories in Outrigger Volleyball Challenge action Thursday, setting up an exciting Friday matchup between the two. It will mark the first all-time meeting between the programs.

The Pilots are off to a program-best 7-0 start and have won back-to-back tournaments. Portland has a lot to prove after being chosen to finish 8th in West Coast Conference preseason predictions.

Hawaii, which has had its schedule disrupted by inclement weather all season long, is looking for its first tournament title of the season. The Rainbow Wahine are riding a 3-match win streak heading into the matchup.

Portland, which is receiving votes in this week’s VolleyMob Power Rankings, stayed undefeated on the season with a sweep of San Diego State to open Outrigger Volleyball Challenge action inside Stan Sheriff Center in Honolulu, Hawaii.

The Pilots, off to a program-best 7-0 start, lead the all-time series against the Aztecs, 2-1, following the victory.

VB: SWEEP! The Pilots take the match in three sets against the Aztecs, thanks to Reghan Pukis's 12 kills! pic.twitter.com/7GbxyIMYBw

The Aztecs were able to tie the first set, 11-11, but were unable to get over the hump as the Pilots strung together an 8-1 rally. Portland controlled the remainder of the set, claiming the 25-18 win.

The second set was a battle, as the teams withstood five lead changes and 10 tie scores. The Pilots edged the Atztecs, tallying 4 of the final 6 points to secure the 25-22 set victory.

San Diego State got off to a strong start in the third set, jumping ahead 9-3. The Pilots came back to knot the score 14-all and used a 6-0 scoring drive to gain an advantage late. Portland closed out the match and secured the sweep with a 25-18 finale result.

Portland is one of 28 remaining undefeated programs nationally and has been turning heads so far this season after being chosen to finish 8th in West Coast Conference standings.

Hawaii extended its win streak to 3 with a 4-set victory over Idaho Thursday night in Outrigger Volleyball Challenge play. The Rainbow Wahine served up 10 aces in the win.

Idaho came out of the gate strong to establish a 7-3 lead in the first set before Hawaii put together an 8-1 rally to tie the score, 15-15. The Rainbow Wahine used a 7-1 stretch to pull away and eventually take the opener 25-21.

The Vandals began the second set in similar fashion, pulling ahead 4-1 early. Hawaii fought back to take a 9-8 lead, however, Idaho responded with a 6-1 rally. The Vanals never trailed from there, evening the match with a 25-23 win.

In the third set, the Rainbow Wahine snatched back the momentum and led by as many as 9. Hawaii never gave up its lead en route to a 25-18 win.

The fourth set featured 8 ties, before Hawaii could pull out the 25-22 win with a 4-1 closing rally to silence the Vandals comeback bid.