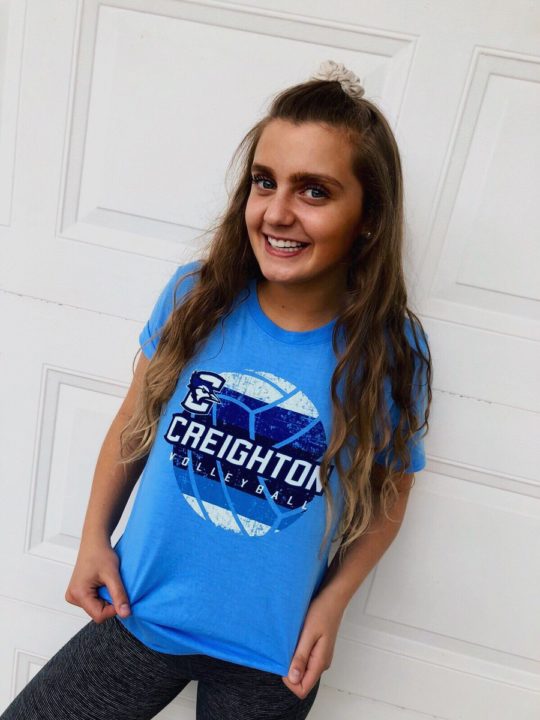 Krause will be a senior this upcoming season at Hortonville High School in Wisconsin. As a junior, her second year of varsity according to MaxPreps, she totaled 480 digs (4.1 per set), 36 aces (0.3 per set) and four kills while owning a .931 reception mark. That all came for a team that won 26 matches and made the second round of the 2017 WIAAWI Division I State Tournament.

On the club circuit, Krause plays with Wisconsin Volleyball Academy and recently the WVA 17 Black team. Her recruiting profile with video highlights of her play can be seen here via SportsRecruits and here via Hudl.

The BlueJays went 26-7 for the 2017 season and won the Big East regular (16-2) and postseason before appearing in the second round of the NCAA Tournament.

I am super pumped to announce that i will be continuing my academic and athletic career playing volleyball at Creighton University. Thank you to all my coaches, teammates, family, and friends who have supported me and my dreams. Can’t wait to be a bluejay!! #bleedblue 💙 pic.twitter.com/thbabl3syn