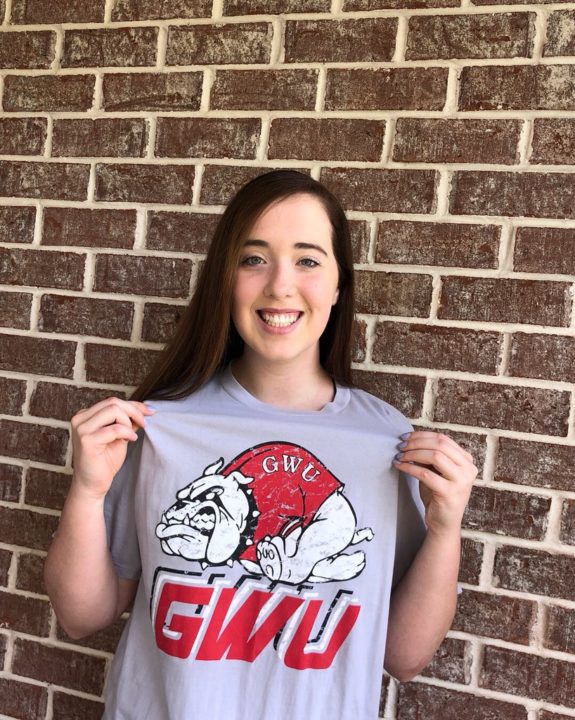 Kennedy Dickens, class of 2019 MB/RS, will bring plenty of height to Gardner-Webb after committing to play volleyball at the D-I program. Archive Photo via Kennedy Dickens (@kennedy2920)

Class of 2019 middle blocker/right side Kennedy Dickens has committed to the Gardner-Webb University women’s volleyball program.

A senior-to-be come the fall semester, Dickens attends Ravenwood High School in Brentwood, Tennessee. As a junior she helped to push the team to a 43-8 record and a 9-3 mark in district play. That culminated with an appearance in the TSSAA Division I Class AAA State Championship match, where the team fell just short in five sets.

Dickens also appears with Alliance Volleyball Club in Tennessee. She stands at 6’3″ with a 7’10” standing reach. Video of her play from the Alliance 18-1 team can be seen below via YouTube:

Gardner-Webb collected a 7-22 record overall in 2017, including a 1-15 mark in the Big South Conference. They have three players who can play the middle and four who can fill the opposite spot on their 2018 roster, all of which have eligibility to return in 2019 and join Dickens at the position.

SO excited to say that I have committed to play Division 1 volleyball at Gardner-Webb University! Thank you to my family, coaches, and teammates for helping me accomplish my dream! Looking forward to what the future holds. Go runnin’ bulldogs❤️🐶 pic.twitter.com/CJrVwI7nn1