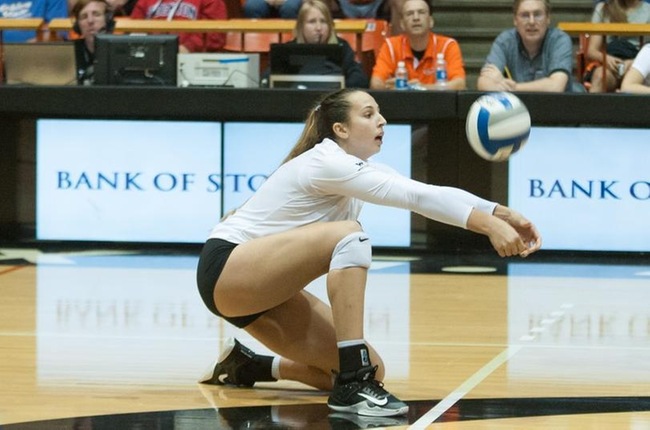 2017 All-WCC First-Team outside hitter Emily Baptista is headed to USC for 2018 along with a few other former WCC faces. Archive Photo via Pacific Athletics/Volleyball

USC will be featuring a mix of Trojans talent and some of the best that the West Coast Conference had to offer in 2017, as former Portland head coach Brent Crouch has added his second transfer of the offseason, both coming from the WCC.

The newest addition via transfer market from the league is Emily Baptista, a 6’2″ outside hitter from Pacific. Baptista will be a junior in the fall with two years left of play. The first to join was middle blocker Jasmine Gross out of Pepperdine. Gross was a two-time All-West Coast Conference selection.

A native of Stevinson, California, Baptista prepped at Hilmar High School. She was the two-time Trans-Valley League Player of the Year and won four straight TVAL championships as a four-year letterwinner. She was also a MaxPreps California Volleyball All-State performer in 2014. In club ball she played with Pacific Coast Volleyball Club and Rage Volleyball Club.

Specifically at the outside hitter position, Baptista becomes the third on the roster. She is joined by All-American Khalia Lanier and incoming freshman Brooklyn Schirmer.

USC collected a 25-10 finish in 2017 with a 14-6 mark in the Pac-12 and an appearance in the Elite Eight. Their 2018 season begins on August 24 with an opening match against Kentucky – ranked in the top 10 in our way-too-early preseason poll along with the Trojans – with Northern Iowa and Creighton – two more ranked teams – looming on the next day.