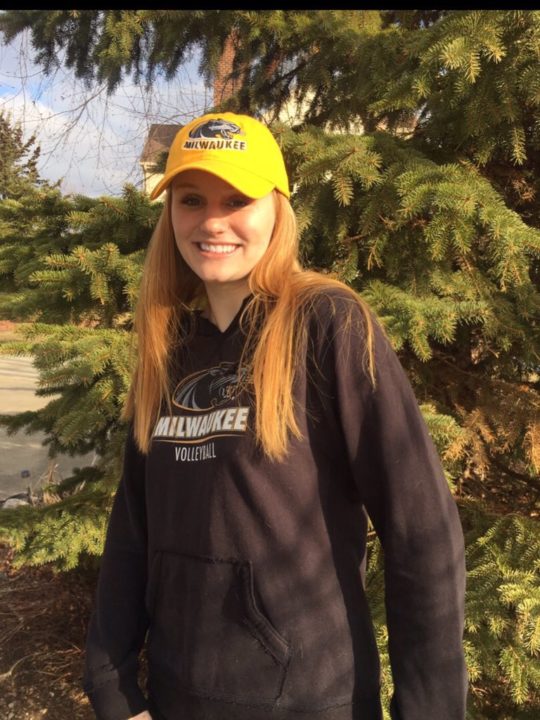 Class of 2019 recruit Anna Nerad has committed to the University of Wisconsin-Milwaukee women’s volleyball program. A 6’1″ middle blocker, Nerad will be an in-state recruit for UW-Milwaukee to join the program in the fall of 2019.

On the club side of things, Nerad plays with Milwaukee Sting Volleyball and the MKE Sting 17 Black team. She owns a 7’10” standing reach, a 9’7″ block touch and a 9’9″ approach jump. She was also part of the AVCA Phenom List from 2017.

UW-Milwaukee is coming off of a 12-18 season in which they went 5-11 playing in the Horizon League. The Panthers current 2018 roster consists of three middle blockers, all of which are sophomores and are on par to join Nerad at the position come 2019.

I’m super excited to announce I have committed to the University of Wisconsin Milwaukee to continue my academic and volleyball career! Go panthers?? pic.twitter.com/lRNDw7UhCl