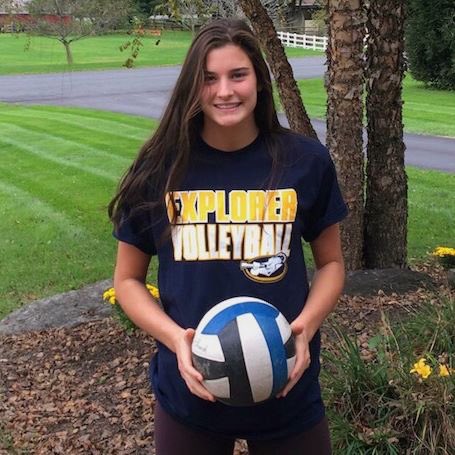 Class of 2019 outside hitter Rachel Hess has committed to the La Salle University women’s volleyball program.

Standing at 5’8″, Hess owns a 84.5″ standing reach with a 9’5″ approach jump and a 9’0″ block touch. She plays with East Coast Power Volleyball, most recently the EC Power 17-Titanium team, as an outside hitter and DS/L.

La Salle now has its second class of 2019 commitment in Hess that has been registered in the VolleyMob Recruiting Database. She joins middle blocker Marisa Guisti as a freshman-to-be come the fall of 2019.

La Salle is 12-9 so far this season and 4-3 as a member of the Atlantic 10. They have five outside hitters on their 2018 roster, including one senior set to graduate prior to Hess’s arrival for 2019.