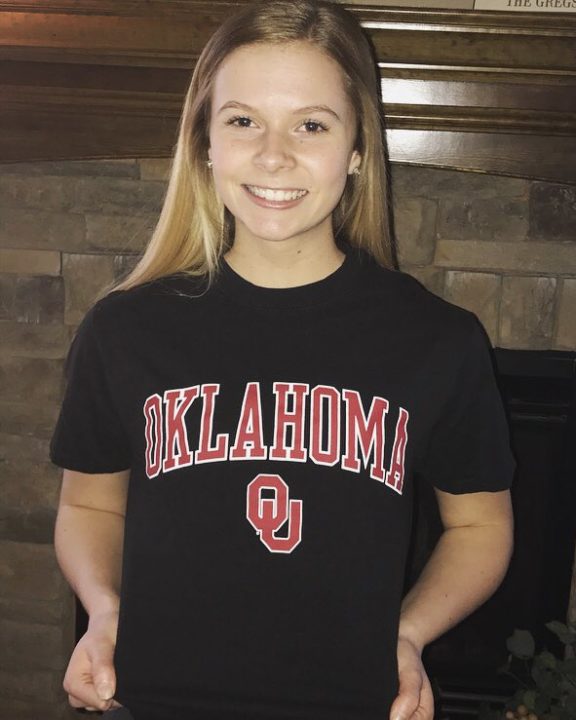 Class of 2019 recruit Rylie Gregston has committed to the University of Oklahoma women’s volleyball program and new head coach Lindsey Gray-Walton. A 5’7″ setter, defensive specialist and libero, Gregston brings versatility to the Sooners’ program once she arrives for the fall of 2019.

A junior at Blue Springs South High School in Missouri, Gregston helped her team to a 24-9 season. She was individually awarded for her play in both 2016 and 2017, making All District and some form of All Conference teams both years.

Gregston also plays with Kansas City Power Volleyball – one of the most prominent clubs in the Kansas City area. In 2016, she helped her club finish fifth at the USAV Girls’ Junior National Championship.

Coming off of a 7-22 season in which they went 4-12 in the Big 12, Oklahoma switched coaches with former Kentucky top assistant Gray-Walton. She’s already made an impact in nabbing some recruits and transfers, as Gregston now joins the pool. Specifically at her position, the current 2018 Oklahoma roster features two defensive specialists and two setters, with three of the four being seniors on pace to graduate and open spots up for Gregston come 2019.

Super excited to announce that I have committed to continue my academic and volleyball career at the University of Oklahoma!?❤️ #boomersooner pic.twitter.com/9CwjBMHD5H